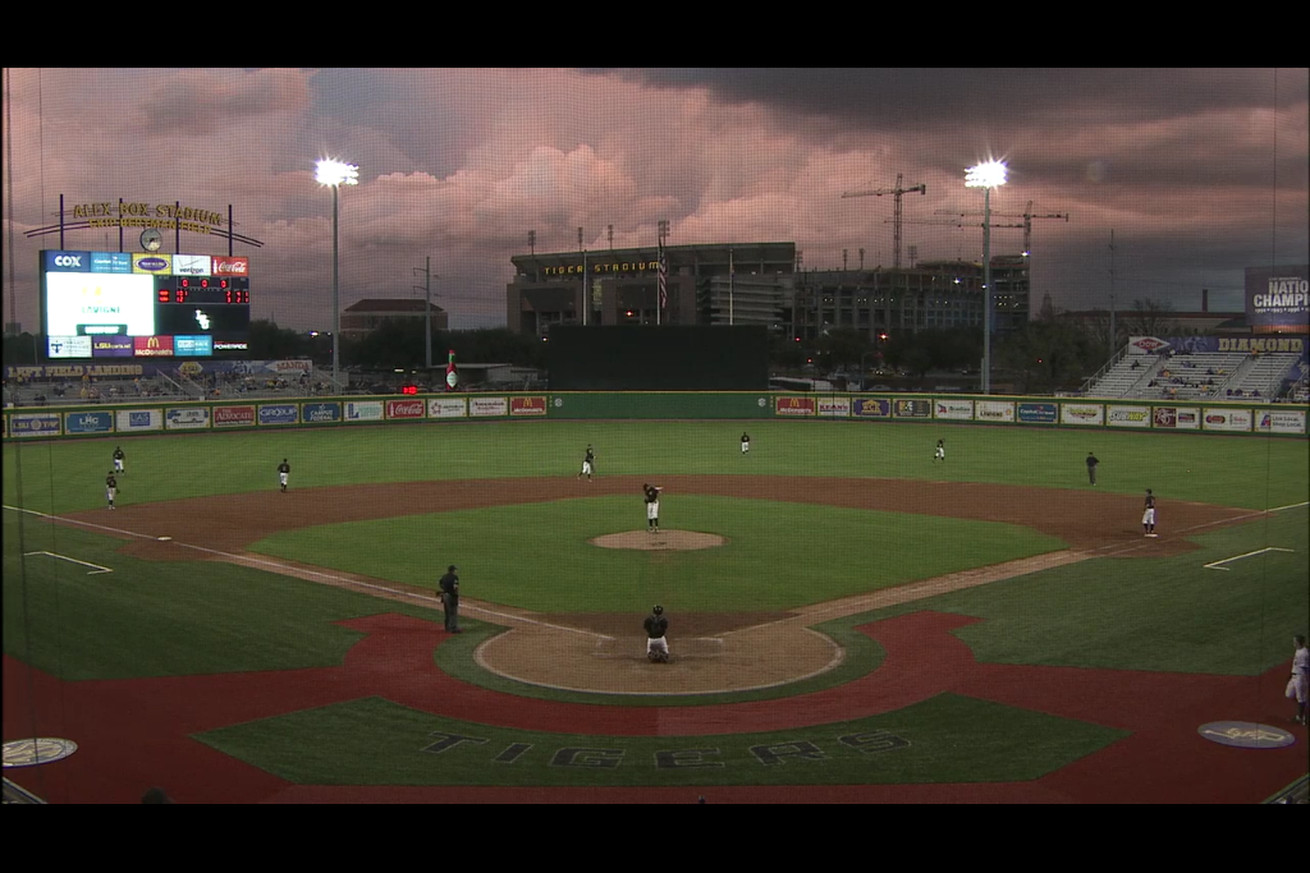 Game One of LSU’s annual Purple-Gold World Series ended in dramatic fashion Wednesday night thanks to a walk-off single by sophomore outfielder Mitchell Sanford, giving the Purple team a 7-6 win.

The Gold team scored four runs in the top of the first off of AJ Labas. Zach Arnold and Tre’ Morgan strung together a pair of singles and were driven home on a triple by Dylan Crews. Crews was brought home thanks to an RBI double by Sanford.

“I thought the start of the game was really great,” said Paul Mainieri. “AJ Labas is going to be a great pitcher for us, and we had some great at-bats against him in that first inning. There was a lot of good stuff throughout the game. There are some things we need to tighten up, of course, but I was very pleased with most of what I saw tonight.”

The Gold team scored a run in both the fourth and sixth inning, giving them a 6-0 lead.

But the Purple team climbed all the way out of that 6-0 hole, scoring five runs off of only two hits. Jordan Thompson and Brody Drost reached base on back-to-back walks. The Purple team scored three runs on a two-out double by Drew Bianco; Bianco was then brought home thanks to a single by Collier Cranford.

In the final inning, the bottom of the seventh, Purple completed its rally thanks to some timely hitting. Cade Doughty and Gus Milligan opened the inning with a pair of singles and they were moved over by a sacrifice bunt by Thompson. Doughty scored the tying run thanks to a fielders choice off the bat of Gavin Dugas, and the rally was completed when Sanford singled up the middle to win the game for Purple, 7-6.

Game 2 of the World Series is tonight. Junior Jaden Hill will take the mound for the Purple team, while freshman right-hander Ty Floyd gets the start for the Gold team.