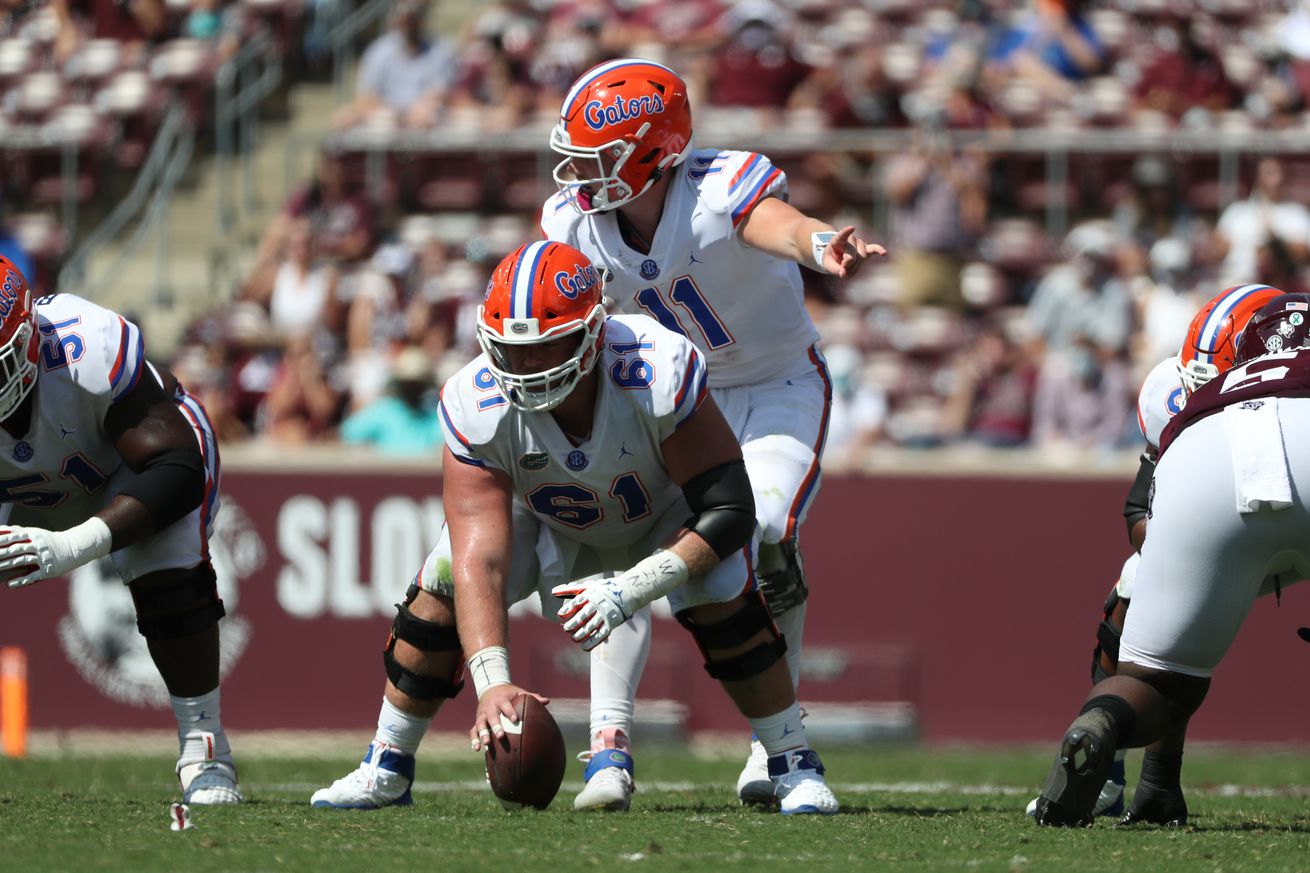 This week’s Playing Nice segment may be a bit premature. At the time of this writing, news came across that some players on Florida’s football team have tested positive for COVID-19. I’ve seen conflicting reports on what that number is; The Alligator, Florida’s student newspaper, reported it was many as 19 football players, while major outlets like ESPN and Bleacher Report have said it was five players.

Whatever the amount, Florida has halted all team activities “out of an abundance of caution.” What this means for Saturday’s game has not yet been determined. This comes on the heels of the Missouri-Vanderbilt game originally scheduled for Saturday being postponed to December 12 after Vanderbilt didn’t have enough players available to play.

Anyway, David Wunderlich of Gator Country dropped by to preview LSU’s game against Florida that may or may not be postponed. Again I remind you we wrote this before news broke.

1. The optimist in me remembers how in 2017 LSU was 1-2 going to the Swamp, got a big win over Florida and it got the Tigers’ season back on track. The pessimist in me sees that this is the worst LSU defense of my life, Florida’s got an awesome offense and the Gators are going to do a lot of things that will hurt my feelings. Of those two feelings, which side would you lean more towards?

Can I say neither? I suspect this is going to be a game where the team with the ball last wins. UF’s defense did okay against South Carolina, but increasingly it looks like maybe only because Gamecocks kept dropping passes. LSU’s offense isn’t what it was last year — name one from history that is —but it’s more than functional enough to move the ball and score plenty. LSU could win this game without fixing any of its problems, which means a victory may not actually get things back on track.

2. Like LSU, Florida’s defense has also given up a ton of points to start the 2020 season. What’s been Florida’s reason for their struggles? Do they also have Bo Pelini on payroll?

It’s a confluence of a few things. On the most basic level, they’re deficient up front. They think they’ll get NT Kyree Campbell available this week for the first time all season, so that should help. But, Florida signed just three true defensive linemen across 2018-19, and one has already transferred out. Behind a handful of McElwain holdovers, there’s one redshirt sophomore, one redshirt freshman, several true freshmen (only some of whom play), and a newly converted former tight end.

UF also has guys playing out of position everywhere. Thinness at DT moved Zach Carter inside. Carter leaving end moved UGA transfer Brenton Cox from Buck to DE, but unlike Greenard from last year, he’s a true Buck who can’t or won’t handle the run-stopping aspects of playing end. Because they have signed too few non-Buck linebackers (noticing a trend?) they have a converted Star and a converted Buck playing weakside backer. Marco Wilson is being asked to pull double duty at Star and outside corner and has struggled some doing both. Brad Stewart moved from safety to Star but has only played one game and was uneven.

The first two games they played bend-but-don’t-break and gave up a lot while letting their offense win the game. Against A&M, they tried to get aggressive but just didn’t have the beef up front to deal with the Aggies’ O-line. Kellen Mond had all day to throw, and Isaiah Spiller ran over UF’s smallish back seven guys. They can play better, but there are real problems that can’t get fixed this year.

3. This time last year LSU fans were dubious of Kyle Trask, but Trask made believers out of all of us. How has Trask evolved from year one to two and what’s his ceiling?

Because Trask spent all offseason as the starter, Dan Mullen and staff were able to tailor the offense to him specifically. They did a good job of converting the Feleipe Franks offense (more QB runs and RPOs, simpler passing game) to one for Trask on the fly last year, but this time it’s made for him from Day 1.

Trask excels at pre-snap reads, so he’s able to get rid of the ball quickly to the right guy most of the time. One-to-three times a game he’ll read something wrong or trust his arm more than he should and put a ball right to a defender, but those aside, he has full command of the scheme.

4. Speaking of Kyle’s, Kyle Pitts is an absolute stud. If he’s not the single best player on the field he’s at least in the top-2. Ideally, I’d hope Arik Gilbert becomes what Pitts is now. How does Florida like to use him and what makes him so special?

Mullen started Pitts as a receiver in 2018 and got him increasingly into blocking as 2019 went along. Because of that strategy in his development, his receiving skills are top-notch because he’s been working on them intensively for longer.

His blocking is not superlative but is decent enough. That makes him credible at both things a tight end does, so he can be a surprise passing threat from a run formation or enable UF to run when the defense is thinking pass. It’s not just that he plays well, but defenses can’t rely on his alignment to guess the play.

5. Finally, Dan Mullen is hoping for a full capacity crowd Saturday. Is there any chance of that happening? What about Florida allowing more people in Ben Hill Griffin for this game than week two’s game against Carolina?

Florida’s administration said earlier this week that it’s going to follow CDC guidelines, so max capacity will be the same as it was for Carolina.

Mullen begging for a full house in a pandemic was not a good look, but he was intensely frustrated after the A&M loss. That’s not a good excuse, but he’s been begging for packed houses since the day he was hired. He’s a true believer in crowds being able to affect games.

UF didn’t sell out its reduced capacity two weeks ago. They were allowing 17,000, but only a bit over 15,000 showed. A&M also was somehow allowed to pack their Corps of Cadets tightly without distancing behind the Gators’ bench, so that game was louder than I think he expected. Those kinds of things probably contributed to his frustration, but he’s got to be smarter than that.