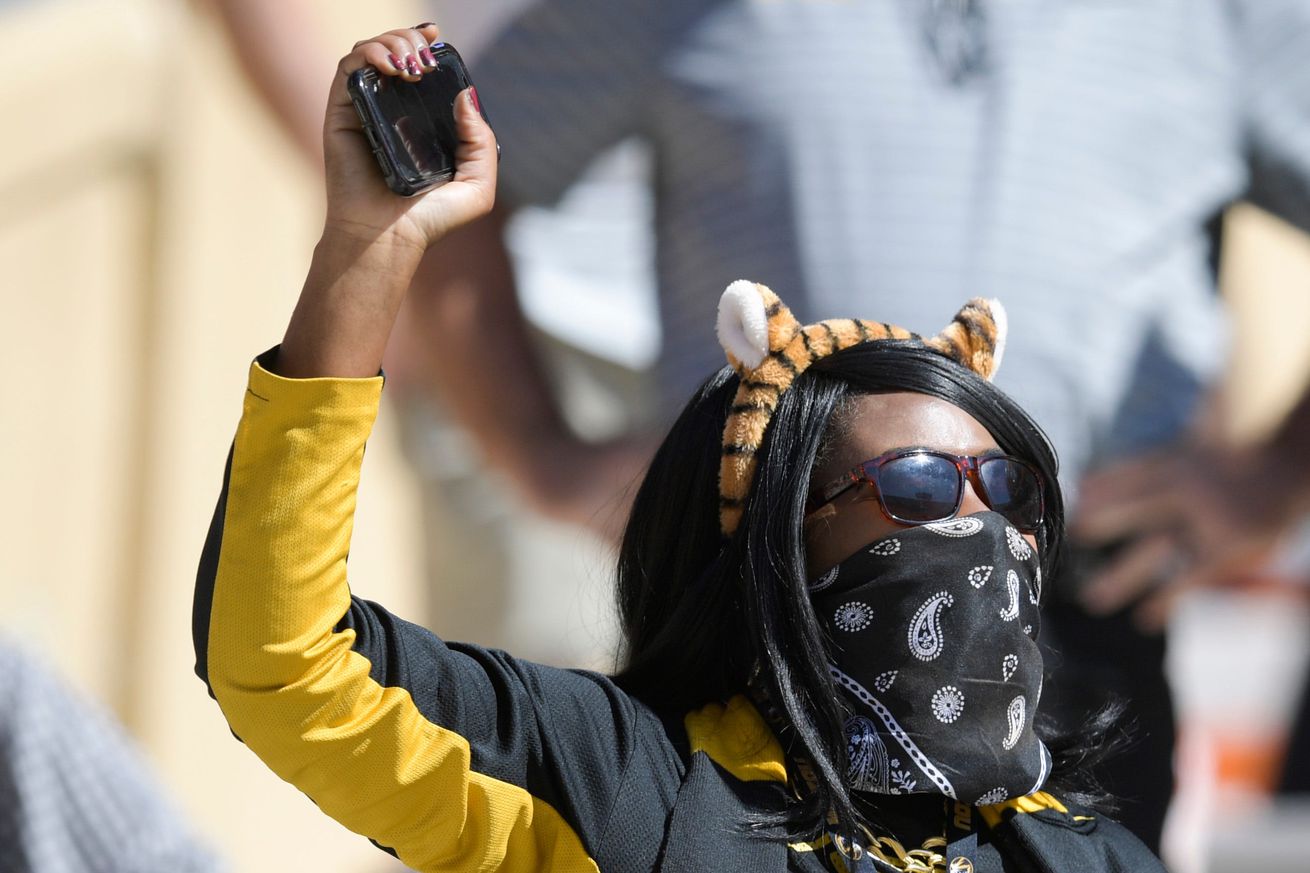 What a week. Things really suck right now and as bad as we thought a 25% capacity Tiger Stadium with no tailgating was, no Tiger Stadium and a hurricane is much worse.

At least we get to watch some LSU Football this Saturday. To learn more about this unfamiliar nonconference opponent, Rock M Nation’s Sammy Stava answered our most pressing questions.

1. LSU will be playing at Mizzou for the first time ever in football. Uhh, how exactly do we get there?

It is crazy to me that this is the first time LSU will visit Missouri ever — and Mizzou has been in the league since 2012. When LSU takes the field Saturday in Columbia, Mizzou will have hosted every SEC team by now.

But yeah if any LSU fans want to make the trip to COMO this weekend, good luck – because it’s about an 11-12 hour drive from Baton Rouge to Columbia! Basically, you’re going straight north – and Columbia is right in the middle of Kansas City and St. Louis, the perfect spot.

I wish it were under normal circumstances, but having LSU and their fan base in town this weekend should be fun.

2. The last time LSU and Missouri faced off in football was Oct. 1, 2016, the first game LSU played with Ed Orgeron as head coach. Since 2016 was approximately 27 years ago, what are some of the memories Mizzou fans have from that game?

Um, yeah I remember that game – and not in a good way. That was Drew Lock and Barry Odom’s first year. I (probably along with many other Missouri fans) had optimism Mizzou had a chance to win that game. It was a 42-7 shellacking.

I think plenty of Missouri fans made the trip (I unfortunately didn’t) to that game, but a night game at Death Valley had to be fun to experience – no matter the outcome. That’s on my College Football bucket list.

For Mizzou’s sake, I’m just glad the game isn’t at Baton Rouge this time around.

3. The game will now be played at 11 am instead of the original 8 pm kickoff scheduled when the game was to be played in Baton Rouge. I would ask what CoMo nightlife LSU fans should go out and try, but that’s not a good idea because of COVID-19. So what should Missouri-based movies or TV shows should LSU fans watch on Saturday night instead?

Oh, I don’t know. I guess Ozark on Netflix is a pretty popular show right now. That was filmed at the Lake of the Ozarks in Missouri. Planes, Trains, and Automobiles movie has a pretty dang funny airport scene located in St. Louis that is a must-watch. One of my favorite baseball movies is Fever Pitch – where the Red Sox won the 2004 World Series against the Cardinals, and of course the ending was in St. Louis.

And if you want to watch any movies with Brad Pitt in it, he went to Mizzou – so there’s that!

4. This matchup is the second cross-divisional matchup added to Mizzou’s schedule. The first was Alabama. What did y’all do to deserve this?

Yeah…..that isn’t exactly ideal, is it? And totally not fair! (actually, it is). Apparently, it has to do with the strength of schedule from 2019. Last season, Mizzou got Ole Miss and Arkansas from the SEC West – the two weakest teams in the division standings wise. Now they get Alabama and LSU, but I guess how that it works. Hey, welcome to the SEC, Drinkwitz!

5. Missouri was very generous with their willingness to host Saturday’s game as Louisiana deals with Hurricane Delta. Just know that this is something you’ll be able to brag about to Florida fans to piss them off.

Really glad we can make it easy for you guys. Welcome to Columbia. I remember that difficult situation with the Florida game back in 2017, so that’ll be something to piss Gator fans off about.

I don’t exactly understand why the time change from 8:00 p.m. CT to 11:00 a.m. CT was needed (I think it’s a conference rule when changing locations), but it is what it is. Let’s play some football!