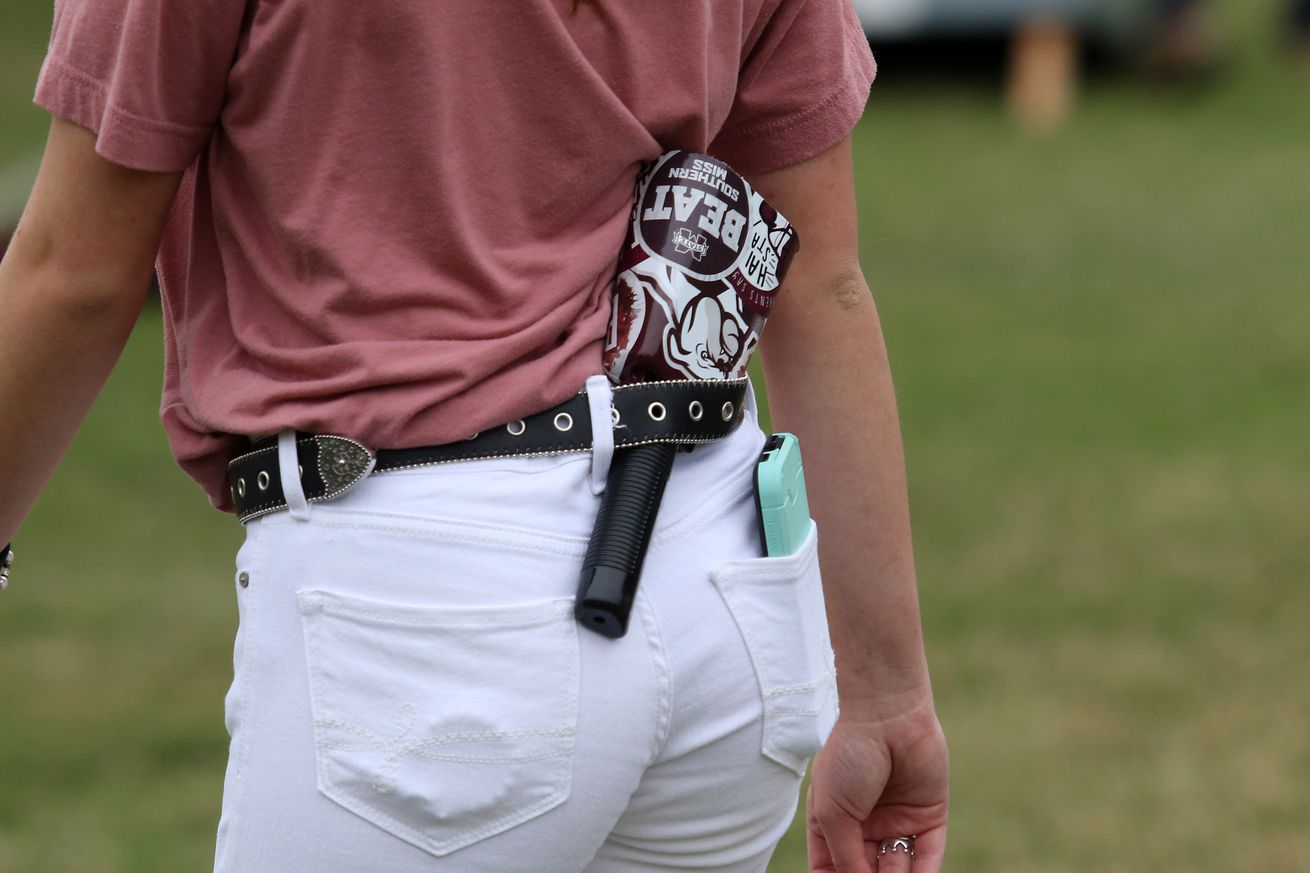 “I keep that THANG on me.” | Photo by Michael Wade/Icon Sportswire via Getty Images

*Teddy Duchamp from Stand By Me voice* LEACHES!

Game week is back, which means it’s time for the only opponent preview you need! Who cares about the other one with the X’s and O’s and all the boring shit. Let’s have some fun! Landon Young from For Whom The Cowbell Tolls fills us in on how the boys from Starkville are feeling.

1. Mike Leach made it to the regular season with only one major controversy. That’s gotta be a moral victory of some kind right?

Landon: Absolutely. One thing we love about Mike Leach is his outspokenness, but only one controversy was certainly a win.

2. Myles Brennan has the unenviable task of replacing Joe Burrow at QB for LSU. Without much game tape to study him, how are MSU defenders planning to pull his pants down and show his ass to the world on Saturday?

LY: I actually laughed out loud at this one because I forgot about that incident last year. I will say that we only do that to Heisman winners so I don’t expect us to do it to Brennan on Saturday.

3. We’re still gonna have to suffer through cowbells at MSU games even with 25 percent capacity, aren’t we?

4. Has Garrett Shrader landed yet?

LY: He’s ready to do it again on Saturday. He probably has more of chance to go heli being at Wide Receiver.

5. What is MSU’s gameplan if LSU doesn’t pee like a dog after scoring a critical touchdown?

LY: Also, laughed out loud at this one. I’m not certain that we can pull off a win on Saturday without it. So, if you could holla at Arik Gilbert and tell him to do so that would be great.