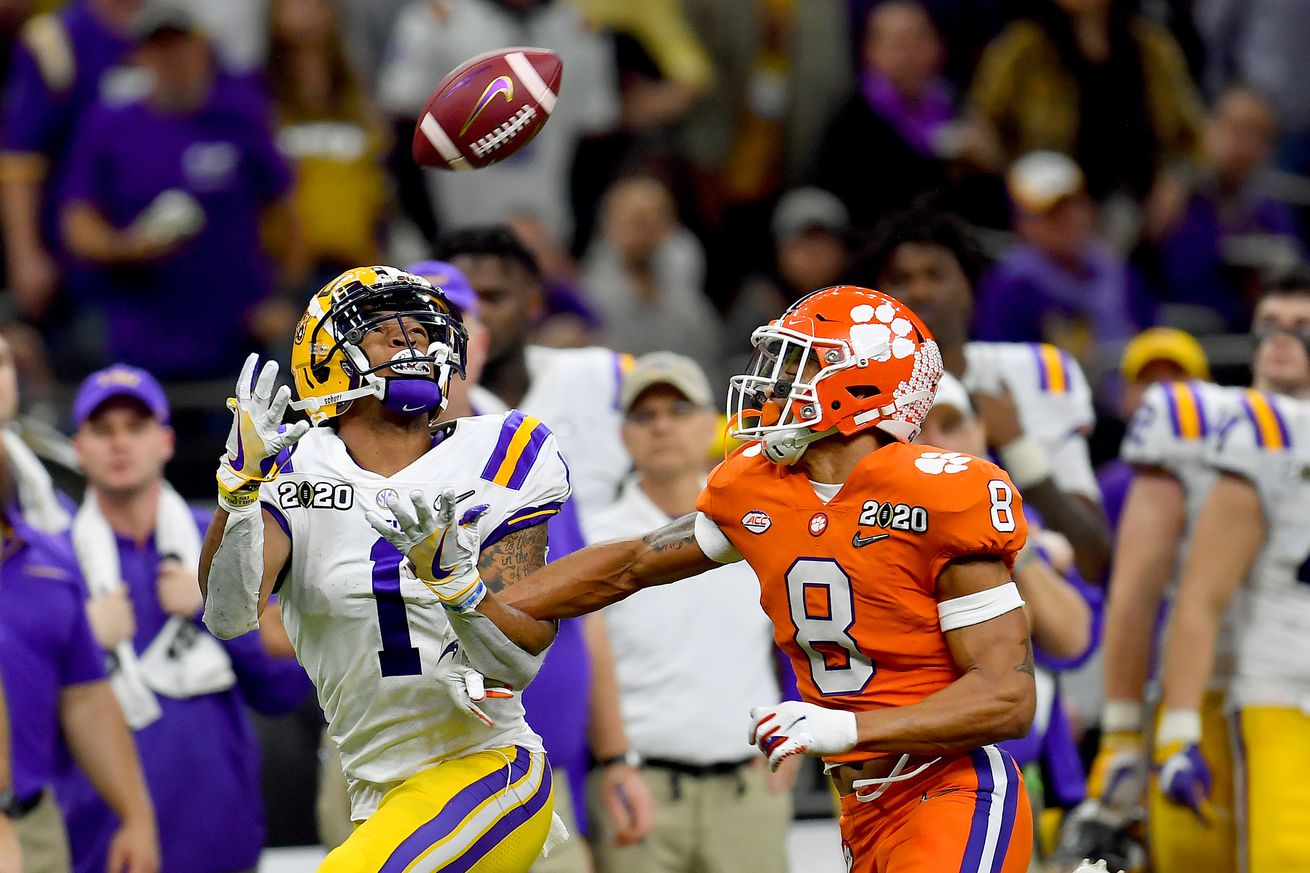 It’s up to each person… and that’s okay

I would like to start this by apologizing. There’s a whole world seemingly falling apart outside my window, and I’ve just been unable to write anything coherent about sports. After your second distance funeral by Zoom, well, you start to shut down a bit.

So, we have totally stalled out on the Tigers of the decade series and yes, it’s entirely my fault. I’m also stuck on my History Class series as well, and not only is that my favorite thing to write, we’re about to get to the Stovall era, which is literally my favorite team of all time. These are the things which used to cheer me up, and not feel like burdens.

So we approach the 2020 football season, and it seems that the parties involved are going to make a concerted effort to play out a full season. In the abstract, of course I want more football to be played, because college football is fun and I like fun things. More fun things would be great.

But fun things tinged with doom feels a lot like, well, doom. So its hard for me to be excited about a football season if it comes at the expense of the health of the players. I’m a tad more sanguine about professional players, who are represented by a pretty powerful union and are well-compensated for the risk.

That said, I’m all about people making up their own minds. If players want to play and we think there’s protocols in place for it to happen, then who am I to say they can’t?

However, the reverse is true. If players don’t want to play, they shouldn’t. If a player doesn’t feel safe, they should be able to sit out the year, eligibility intact. It is quite literally the least the NCAA can do.

Which brings us to Ja’Marr Chase. Chase is the best wide receiver in college football and arguably the best player. He’s a no-brainer top ten pick, probably top-five. He is also certainly going to declare for the draft in the spring.

So why play this year? Sitting out will not hurt his draft stock, and this year already has an asterisk around it, and that’s if they don’t cancel the season halfway through due to infection. What are you really risking if you leave? A shot at another title? What title? Who knows if there even will be one?

The entire LSU offensive line is currently out of commission due to COVID-19 exposure. Only four players from the unit have currently tested negative. Right now, that makes practice difficult, but it’s not an impossible thing to overcome. If that happened in, say, October, given the need to quarantine for 14 days, that would mean two forfeits.

Players have right to try and make this season work for as long as they can, but there may come a point where it doesn’t work anymore. The good news for me is that it’s not even remotely up to me. I only passed freshman bio by judicious use of “more surface area.” What the heck do I know about infectious diseases? Hopefully, these decisions are being made by smart people who actually know something about medicine.

But on a personal level, any player should be able to opt out of this season at any time for any reason without consequence. They are an unpaid labor source, and demanding they perform for our entertainment is deranged. If players want to play, that would be great, but they shouldn’t be compelled to. It’s easier for a guy like Ja’Marr Chase to opt out, as he has NFL millions waiting for him, but that same right should be afforded to the third string tight end.

No one should doubt their love of the game. I love writing. I love that 1982 team. But the fact I can’t put aside, well, (gestures wildly at the whole world…), it doesn’t mean I suddenly don’t love those things. It’s just hard to do those things right now while it seems like the whole world is falling apart around our eyes.

Let’s give everybody a wide berth on how they choose to deal with the 2020 hellscape. If the only way one guy can keep his happiness and mental health intact is to keep playing, stay in that routine of football, then that should be an option as long as we can reasonably pull it off.

If someone wants to retreat to their cocoon and watch Golden Girls reruns on Hulu, well, that’s cool, too. Or anything in between. I can’t reasonably ask people to do things that I obviously can’t bring myself to do for y’all.

I promise those articles are coming. I owe them to you. Writing used to make me happy and right now… nothing seems to. I hope you understand. And extend that same understanding to everyone else.

We’re trying to get back to normal. We all want it to be normal. But the truth is, we’re nowhere near normal yet. If some people are ready, that’s awesome, I applaud them. For those who aren’t, you have to give them time to get there yet.