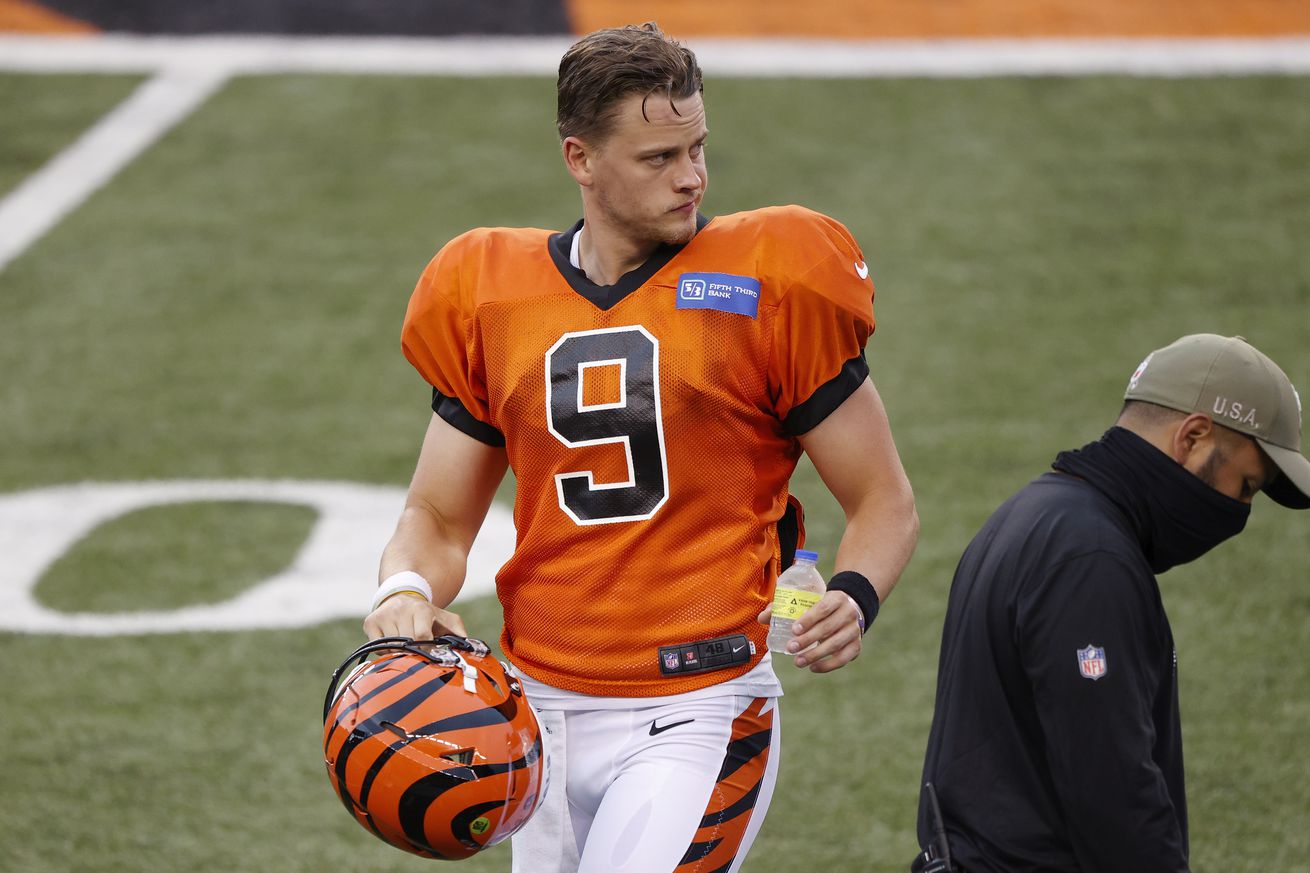 Good morning, welcome to week one of the NFL season.

I wanted to try something new this year and have a weekly thread over the course of the NFL season where I’ll update you all on how the former Tigers fare on a game-to-game basis. If you’re like me, your a Saints fan first and foremost but have also adopted the Cincinnati Bengals as your second team because of Mr. Joseph Lee Burrow.

But there are other Tigers now playing in the NFL. By my count there are 41 former LSU players across 32 NFL teams’ active rosters. That’s the third most for any school, trailing only Alabama (56) and Ohio State (50).

In case you missed it, Evan ranked each Week 1 game on how LSU they are, and Clyde Edwards-Helaire kicked ass in his debut with the Chiefs Thursday night.

Patrick Queen (Baltimore) and Jacob Phillips (Cleveland) both make their professional debuts. Queen will start at middle linebacker, while Phillips is the second-string weakside linebacker. It’s also year two of the Jarvis Landry-Odell Beckham reunion in Cleveland and the start of Greedy Williams’ sophomore season. And as an unfortunate reminder, we won’t see Grant Delpit play for the Browns this year after he ruptured his Achilles in August.

K’Lavon Chaisson and DJ Chark are both playing for the almost definitely Jacksonville Jaguars, and there’s no LSU player on Indy’s roster. It’s Chaisson’s professional debut and Chark looks to build of his Pro Bowl season in 2019.

Viva Las Moreau! Foster Moreau is in his second season with the newly relocated Las Vegas Raiders, while Donte Jackson enters year three with the Panthers.

Jalen Mills looks to assume a bigger role in the Eagles secondary, while Duke Riley was named a team captain for Philadelphia. On the Washington side of things, Saahdiq Charles makes his NFL debut though he’s listed as the second string left tackle.

As previously mentioned I’m a Saints fan and the Vikings have made my life hell two out of the last three years so it really hurt my feelings when Minnesota selected Justin Jefferson. But there is one silver lining: the Vikings usually have very excellent touchdown celebrations, like here where they do the limbo:

Terrific. Justin Jefferson is a marvelous touchdown celebrator, he’ll fit right in. Also Danielle Hunter was placed on IR September 9, and will have to miss the first three games of the Vikings’ season.

Not a lot to see here from an LSU perspective. Barkevious Mingo is on the active roster, and there’s no former LSU players in Detroit. I fail to see how this is a bad thing.

With Jamal Adams traded away to Seattle, we don’t have any LSU players on the Jets. Again, not quite sure how that’s a bad thing…

On the other hand, Tre’Davious White and Reid Ferguson are still kicking it with BILLS MAFIA.

Hey speaking of Jamal Adams, he’s gone from a very bad team to a very good team. Seattle is starting to become LSU: Pacific Northwest with Adams, Ethan Pocic and Damien Lewis both of whom will be starting on the offensive line.

The Falcons have two former Tigers, linebacker Debo Jones and Russell Gage who believe me when I tell you is the only good wide receiver that plays for the Falcons. No need to fact check this.

YEEEAAAAAHHHHH BUDDY. Joe Burrow makes his NFL debut later this afternoon but unfortunately for you Saints fans, he’ll be playing right as New Orleans kicks off. Luckily for those of you in Louisiana, WAFB will be carrying the game. Also despite this being the 3:00 CBS game, you won’t hear Jim Nantz and Tony Romo call this game, they’ll be in New England.

Oh also Trai Turner makes his Chargers debut. Did you know Trai Turner has made five Pro Bowls already? Good for him!

Arizona still has a strong LSU presence, with Patrick Peterson and Rashard Lawrence on the roster. As for the defending NFC Champion 49ers, Kwon Alexander is in his second year in San Francisco.

The marquee game of Sunday. Leonard Fournette makes his Tampa Bay debut and will play his first ever game inside the Superdome. We also have Devin White, who is getting some Defensive Player of the Year buzz, and Kevin Minter playing linebacker for the Bucs. And for you LSU track and field fans, former Tiger sprinter Cyril Grayson plays receiver for the Buccaneers. Too bad Tom Brady’s noodle arm won’t be able to take advantage of Grayson’s track speed.

On the other side, the Saints continue their tradition of refusing to draft LSU players but do still have Will Clapp as a backup center.

La’el Collins was placed on the Cowboys Injured Reserve list September 6 with a hip injury. Like Danielle Hunter, the earliest Collins could return will be after Dallas’ first three games.

As for Los Angeles, Andrew Whitworth and Michael Brockers get to christen the new SoFi Stadium that the Rams and Chargers will share.

No former Tigers on either side.

Lloyd Cushenberry will be the starting center for the Broncos, while Kristian Fulton is the Titans’ No. 3 cornerback.