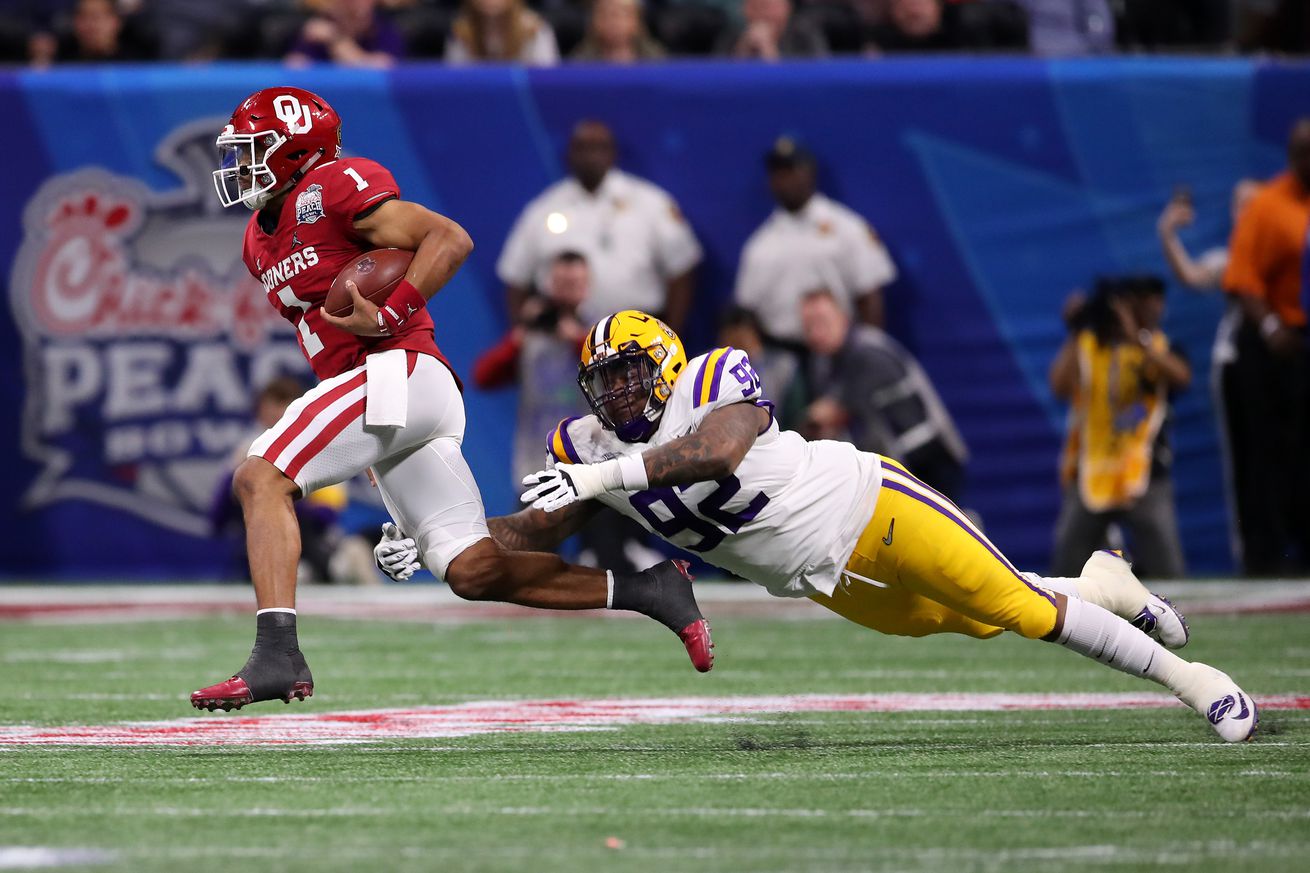 After initially deciding to opt out of playing in the 2020 football season, senior defensive tackle Neil Farrell Jr. announced Monday he would be returning to the LSU football program.

Farrell opted out nearly six weeks ago due to COVID-19 concerns, especially in light of his grandmother battling the virus back in Farrell’s hometown of Mobile, Ala. Farrell tweeted on September 10th that his grandmother was getting better “each and every day” and ended that tweet with “I miss football.”

Now Farrell is back with the LSU program and gives LSU some much needed help along a depleted defensive line. Four other defensive linemen have left the team for a variety of reasons: Tyler Shelvin opted out of playing, Justin Thomas and T.K. McClendon transferred, and Ray Parker has been suspended and is currently not listed on LSU’s roster

Farrell was LSU’s most productive defensive lineman in 2019. Farrell led the unit in tackles (46), tackles for loss (7) and sacks (3). The question now is how much will we see Farrell once the season begins. LSU’s season begins in 11 days after all.

There’s also growing rumors that LSU may also get Tyler Shelvin back on the team, which was first reported by TigerBait.com’s Mike Scarborough.

Still, while Shelvin’s status is up in the air, we know for a fact Farrell is back with the team and it can only help Bo Pelini’s defense. LSU can lean on senior Glen Logan to hold down the three-technique spot and sophomore Apu Ika to play the 1-technique while Farrell gets back into football shape. Farrell’s return also means true freshmen defensive tackles Jacobian Guillory and Jaquelin Roy don’t have to be relied upon as heavily.