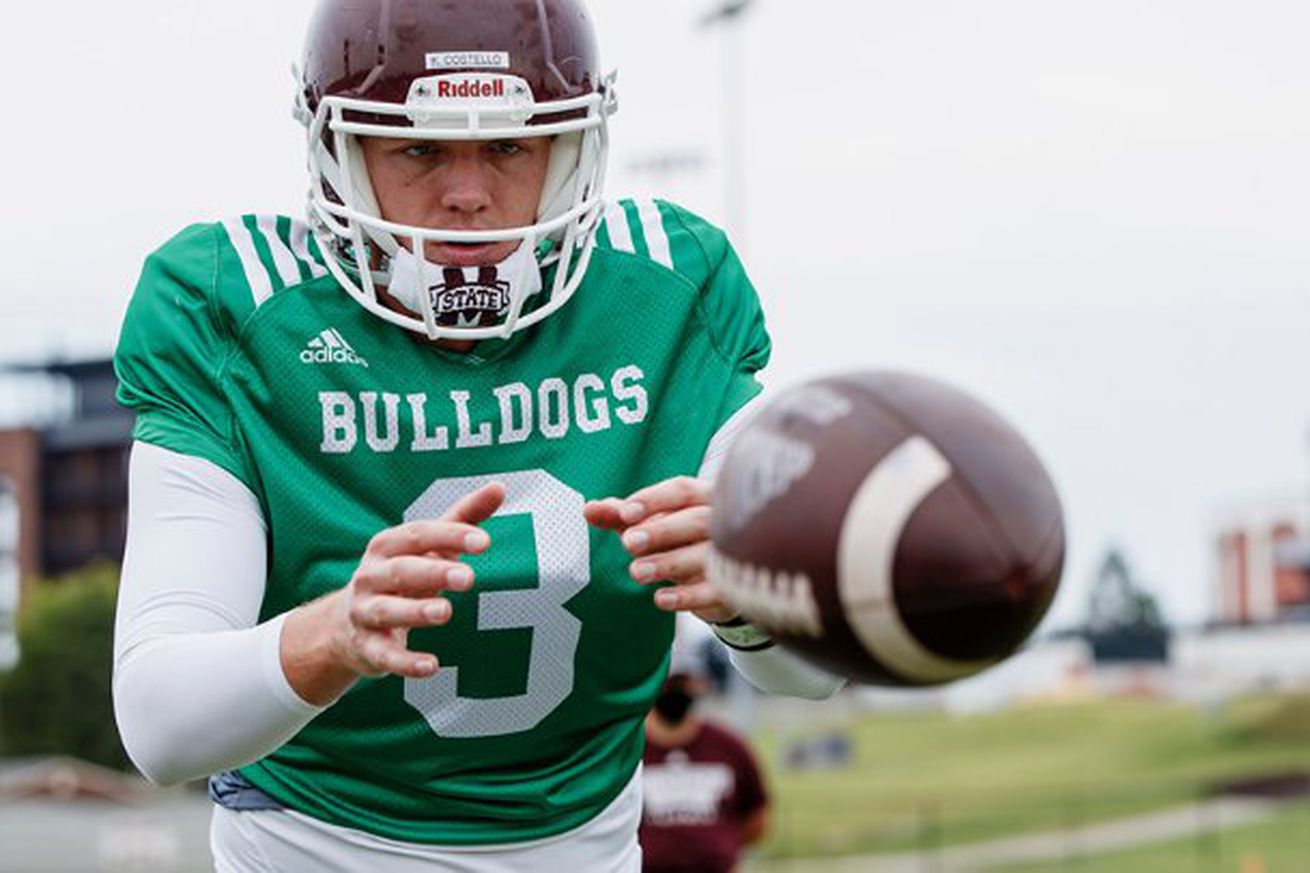 This one could be pretty annoying

So this season begins on Saturday. I must say, it does feel very weird to be starting a season amidst multiple teams having to postpone games due to COVID concerns and whatnot. That said, we’re starting and I like fun/am not a doctor, so I’m going to dive into it. LSU opens the season with A LOT of questions, basically replacing everybody they could possibly have to replace. How will this new look OL perform? How will Myles Brennan follow Joe Burrow? Etc Etc. The good news is, Miss State is considerably less talented than LSU, and is transitioning quite a bit themselves. They are breaking in a new head coach, as well as replacing key starters like Cam Dantzler and Willie Gay. That said, Mike Leach teams can score points and he has himself a real QB, in Stanford graduate transfer KJ Costello so Miss State has the potential to be an annoying opponent. LSU should, however, be able to rely on raw talent to comfortably overcome the predictable first game inexperienced miscues in this one.

What To Watch For

The Air Raid in its purest form

Shades of the air raid litter the sport at all levels, but in very few places is it still run in a truly originalist, pure way. With a pure air raid, you’ll see mesh variations, 4 verts, and Y-cross run at almost uncomfortable frequency. Expect to see more mesh than you’ve ever seen in an LSU game in particular. With LSU playing tight man with their DBs, this is the way to go for Leach, and you could definitely see some guys pop open on this concept for Costello. You should expect to see a handful of chunk plays schemed up by Leach and potentially exacerbated enabled by defensive miscue. A couple of dropbacks on mesh are gonna turn into 25 yard gains because two defenders bumped into each other, they could lose track of Kylin Hill on a wheel route, stuff like that will happen on Saturday. It’s the first game of the year after a malformed offseason; expect it, prepare to be annoyed by it.

Mississippi State returns only 2 starting offensive lineman from a unit that wasn’t necessarily all that good last year. This is an offense that tries to take pressure off of its line by using the quick game pretty heavily. But LSU is probably going to play its corners pretty tight to take that away, and because that’s generally what you do when your corners are this good. If Mississippi State is consistently behind the sticks, it will be interesting to see if they can keep Costello upright against an athletic, big defensive front. Costello is a bit of a statue, so if there are any free rushers, he’s going down. It’ll be interesting to see how well Leach’s empty protections hold up throughout the game. If LSU does a good job generating pressure, this could be a long day for Leach and Costello.

Mississippi State is quietly pretty talented at the skill spots. KJ Costello gets headlines and rightfully so. He is a quick processing, accurate QB with a good sense of timing and a lot of autonomy at the line of scrimmage. He has an impressive arm as well and can make tight window throws to the whole field. Kylin Hill at running back will be interesting to see, Mike Leach very rarely has bell-cow (cow bell for Miss State?) stud running backs, so I’m interested to see if he uses the ground game a little more than usual. He’ll for sure be used in the pass game though, with the rail routes on mesh for instance. At receiver, Miss State has two very big, very athletic players in Osirus Mitchell and Bama transfer Tyrell Shavers. Those guys could be good for a downfield contested catch or two on Saturday, particularly given how well Costello threw to the back shoulder of JJ Arcega-Whiteside in similar situations at Stanford.

I’ve been dying to see what Brennan can do for about three years now. He has a great opportunity here against an under-talented, inexperienced defense to really impress and set a good groundwork for the season. Let’s just see what he can do as a starter.

I have taken every single possible chance to hype up Arik Gilbert and I think it is completely appropriate. He has the same frame (6’5”, 250) as your ideal NFL tight end with incredible athleticism. The reports from camp are off the charts and the hype train has left the station without any brakes. Arik Gilbert isn’t just an NFL caliber tight end right now, he also has a chance to be LSU’s best wide receiver over the next 3 years as well. I wrote about this at length earlier in the year (Arik Gilbert and the Flex TE). I think he will play all over the field for LSU and run every route, there is next to nothing I think collegiate defenders can do to cover him besides complete bracketing which diverts numbers. How do you expect a 5’10”, 200 pound college DB to not get absolutely bodied by Gilbert for a contested ball? How do you expect a 240 college linebacker to not get absolutely dusted trying to match him on his route? You kinda can’t, he’s an absolute freak show.

It’s going to be interesting to see the defensive schemes LSU will employ. I think you can expect a lot of MEG (man everywhere he goes) and MES (man except shallow) technique from the corners. They are gonna play up on these receivers I think, and be very aggressive in coverage. Up front, the fronts and pass rush schemes will look totally different from the Aranda years, so it’ll be interesting to see what that ends up looking like. I expect the interior D Lineman to be able to get some pressure on their own, but it’ll be cool to see what Pelini schemes up for his very inexperienced edge rushers.