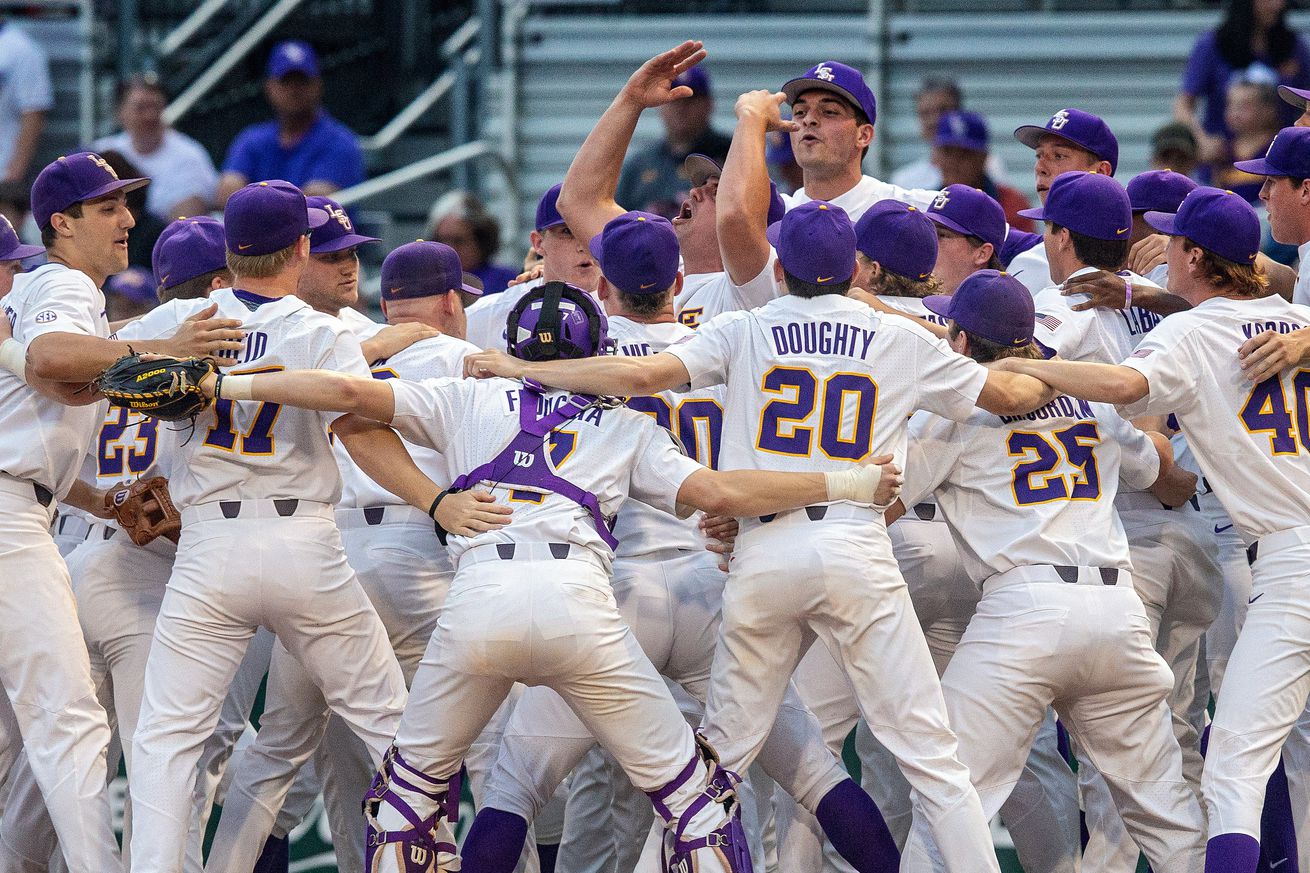 A much tougher matchup than Ole Miss

This is the time of the week where I would usually write my weekend baseball preview. I was really looking forward to this weekend, as LSU was going to open SEC play against its hated rival, Ole Miss, who was off to a pretty darn strong start to the season. It’s always fun to burst their balloon.

But instead, LSU will spend this weekend playing…

Last Weekend: Nobody was idle last week, but now everyone else is.

The Week That Was

LSU swept a series! Sure, it was UMass-Lowell, but it was the kind of low grade beatdown that this team really needed before it got to the meat of its schedule. I’m not saying the whole machine was finally running smoothly, but LSU was a team that needed an easy opponent, ad they responded accordingly. That was a big confidence boost to what still was a long season ahead…

And then the SEC suspended all play for March. Then the NCAA followed up and cancelled all spring sport championships, including the College World Series in June. SEC Commish Greg Sankey seems to be wanting to bring baseball and softball back at some point, but with Auburn and Vandy already announcing campus closures that will extend into April, and more on the way, it’s unlikely the season ever resumes. Which is, needless to say, a huge bummer.

So LSU won some games, and it didn’t matter.

Pretty much anyone who coughs or has a runny nose. That weird due in the office who clearly doesn’t wash his hands. Anyone who has been on an airplane in the last 30 days. That crazy guy in the grocery store who I’m pretty sure is going to stab me over a roll of toilet paper.

You know, the usual.

Comic Book to Read Instead

Now is the time to check in on all of your pandemic pop culture, but let’s stick with the classics:

After sixteen blood-soaked years, the successful comic finally wrapped up last year, unexpectedly and without warning, at issue #193. So you’ve got a good 193 issues to catch up on and plenty of time to do so. I mean, things could be worse. There are no zombies in real life.

I’ll be in the backyard, lobbing pitches to Lil Poseur and Lil Posette, who will smack the ball around. They would whiff a lot if we kept track of balls and strikes, but we don’t do that. They just get up there and take their cuts.

There is no opposing pitcher. But if she could get the ball over the plate, I’m pretty sure I could take lil Posette yard.

There is no broadcast. There are no games. It’s all gone silent. But hey, you can still follow PodKatt’s twitter feed @valleyshook just for old time’s sake.