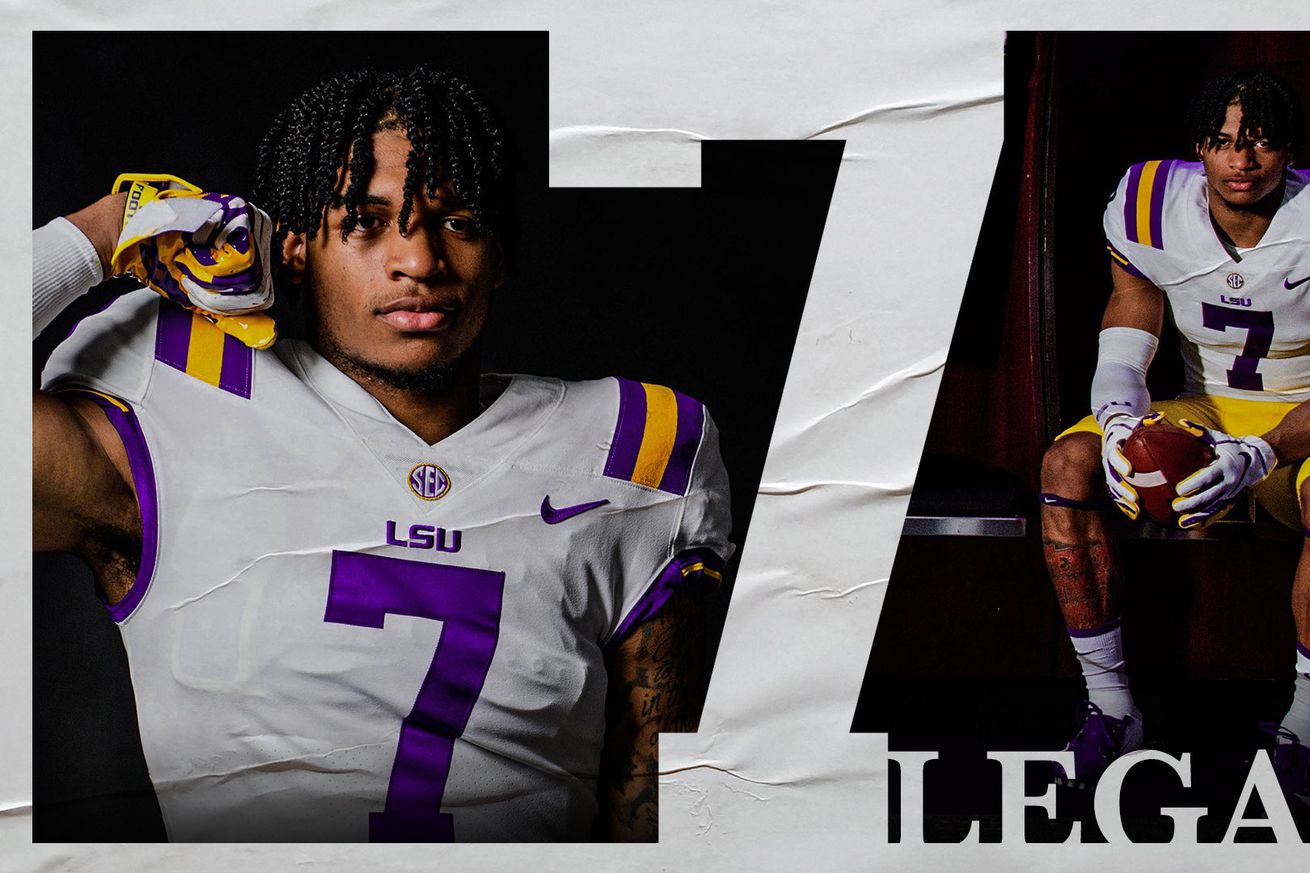 Spring Practice is opening camp this weekend and with that it’s time to award the #7 to a new superstar on the roster. Ja’Marr Chase, the 2019 Biletnikoff Award winner who broke SEC records for receiving yards and touchdowns will don the coveted number for the 2020 season.

Expectations Will Not Change

It’s The Standard of 7️⃣ pic.twitter.com/xu1qtFhkzR

Chase said he was looking forward to the expectations that are now upon him “I think the No. 7 at LSU is a challenge. There’s a lot of things that go on in the year when you have 7 on, a lot of critics, a lot of people, a lot of expectations from 7, and I want to have that challenge upon me.” Chase also sat down for LSU’s in-house podcast to further discuss the honor.

Coach O met with the media to update the status of a lot of players heading into spring camp. LT Dare Rosenthal has withdrawn from LSU for the semester for “personal reasons,” though Coach O expects that he will return in the summer. Additionally, Arik Gilbert, Soni Fonua, Tory Carter, and Todd Harris will all miss the spring with injuries, while Maurice Hampton and Kary Vincent will be busy with baseball and track.

Coach O also announced what are hopefully the last of the coaching staff changes for this offseason. With Kevin Faulk moving up to the RB Coach spot, LSU has hired Kelvin Sheppard to replace him as Director of Player Development. Additionally, WR coach Mickey Joseph has been promoted to the assistant head coach role left vacant by Dave Aranda, while cornerbacks coach Corey Raymond will also take up the mantle of lead Recruiting Coordinator that was held by Tommie Robinson last year.

A big point from Coach O’ talk was his belief that Myles Brennan is more than ready to take over. Fox 8 in New Orleans got access for a 15 minute interview with Brennan where he talks about preparing for the last 3 seasons for this moment.

Baylor’s website has released a series of interviews with their new coaches Dennis Johnson, Dave Aranda, and Jorge Munoz, who all left to follow Aranda to Baylor when he accepted their Head Coach job. The Coaches talk about what it was like to be on last year’s championship staff.

The Spring Game now has TV information. It will air at Noon on April 18th on ESPN2. Interestingly, it is one of only 2 SEC spring games that are getting guaranteed, exclusive TV air time (Auburn is the other), with the rest of the games going on to SECN+. As previously announced, LSU’s spring game will be played at A.W. Mumford Stadium on the campus of Southern University as Tiger Stadium’s field undergoes an extensive resurfacing.

The victory in this past weekend’s Game of the Century vs #1 UCLA has raised LSU Beach Volleyball up to the #1 ranking. They are now the 10th sports program on campus to have ever reached the top rank in their sport, joining football, baseball, women’s basketball, men’s and women’s golf, men’s and women’s track (indoor and outdoor), softball and gymnastics. Saturday’s match also set a new record across the NCAA for attendance at a home meet. The Sandy Tigs are on the road at a TCU tournament this weekend.

Track and Field also secured the #1 ranking for both the Men’s and Women’s squads ahead of the NCAA Indoor Championships next weekend in New Mexico. LSU will be going for it’s 13th and 14th National Indoor T&F titles.

It’s not really an LSU story, but it has been fascinating to watch the fallout from Bama’s long time strength coach Scott Cochran leaving to take the Special Teams Coach job at UGA. AL.com is reporting that he tried first for the same job at Ole Miss, but Lane Kiffin suddenly had a change of heart.