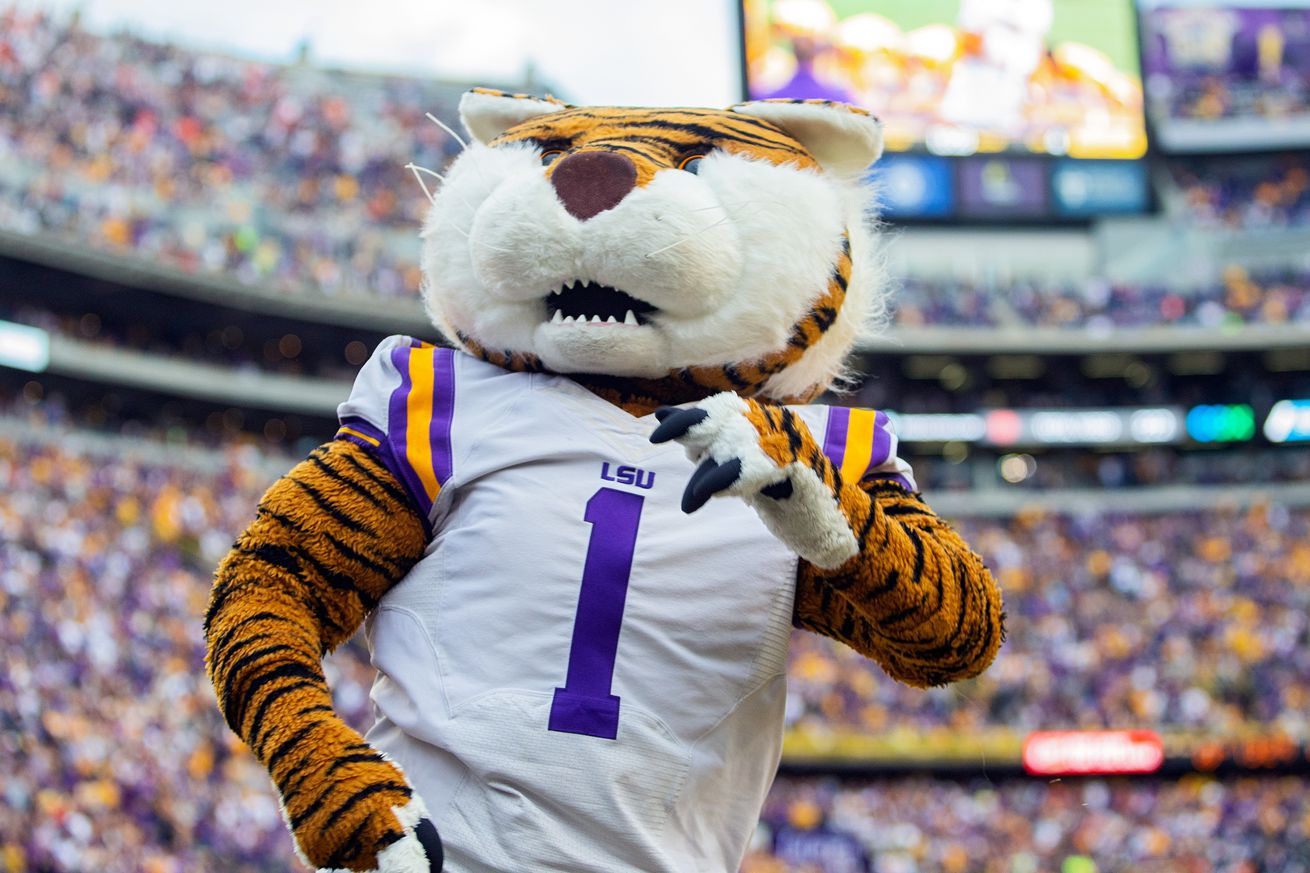 In my short time writing I’ve learned people love lists. They’re easy, consumable and best of all leads to something big time journalists (such as all ATVS writers are) love: people arguing.

So in honor of playing Missouri, let’s talk about various tigers.

Clemson’s tiger is a very lame ass tiger and it has a fittingly lame name, simply referred to as “The Tiger.” I’m reminded of 2010’s The Social Network when Sean Parker (Justin Timberlake) tells Mark Zuckerberg (Jesse Eisenberg) to drop the word “the” in “The Facebook,” thus making Facebook’s name cooler. I’m sorry to say that won’t salvage Clemson’s tiger.

The orange on orange is far too bright and they’re too lazy to give him paws for feet but I can forgive all of that. What I can’t forgive are the eyes. They’re very demonic, they pierce my soul. Those are the eyes of an early 2000s Dreamworks movie villain. Terrible tiger all around.

The Sly Cooper trilogy is one of the defining games of my youth, and Sly 2: Band of Thieves is by far and away the best of the bunch. It’s The Empire Strikes Back of the series if you will. Rajan is the second boss you go up against in the game and honestly it’s not my favorite stretch of the game. Does ANYBODY know what I’m talking about I feel like I’m monologuing with this one.

Anyway, despite the Rajan saga being the weaker stretch of the game, Sly Cooper is still a tremendous game and I wanted to tip my cap to the good people at Sucker Punch Productions. Also make a remastered version and release it for the PS4 you cowards.

Another villainous tiger, Shere Khan is the bad guy (cat?) in Disney’s The Jungle Book. A villain is as good as his backstory and per the experts at disney.fandom.com, Shere Khan was actually best buds with Baloo, Bagheera, King Louie and Colonel Hathi but “at some undetermined time, Shere Khan became a vicious predator, feared by all the inhabitants of the jungle. Shere Khan then lost his friends.” Sad! Shere Khan also has a hatred towards mankind and I have to say…I get it.

I’m a little too young to have caught the original Thundercats in its prime, but I’m also too old to have watched the rebooted series. But I remember Thundercats had a theme song that slapped in 1985, and slaps now in 2020.

Terrific. Tygra loses points, however, for being the beta Thundercat. That distinction was held by Lion-o who, if you couldn’t tell, was based off a lion and NOT a tiger which is the focus of this here list. A shame really.

Was Richard Parker real? Are any of us real???

I’ve only seen Life of Pi once, barely paid attention, and I haven’t read the novel. Apparently he isn’t real? That’s a shame. Points deducted for being a metaphor and not a real tiger.

10. Mike Tyson’s tiger from The Hangover

I don’t really have a reason for including this particular tiger on my list, I just wanted to include this song. I think I bought it on iTunes when it was released and yes it was on my top-25 most played songs why do you ask?

9. That tiger who bit Joe Exotic on Tiger King

Remember when the world was just entering the beginning stage of its terribleness but we distracted ourselves with Netflix’s Tiger King? Those were the days. Anyway, Joe Exotic while certainly a character is not a good person, nor is he a champion for animal rights and it did my heart good seeing this moment play out.

Honestly good for him. The tiger of course, not Joe Exotic.

Honestly, I like Aubie a lot. I think he’s cute, definitely cuter than Clemson’s tiger. Aubie has a kind face, actually has paws (Clemson are you taking notes?) and sometimes has dreads for…some reason.

Sadly however no amount of Aubie cuteness can negate the fact that he is a walking manifestation of Auburn University, which is a place where you will never find a more wretched hive of scum and villainy to quote Ben Kenobi.

I like Calvin and Hobbes a lot though I didn’t really read the comic. But the few that I did read I remember thoroughly enjoying; the way Calvin brings life to Hobbes is something that I think we all do with our pets and stuffed animals. Hobbes is a very good tiger indeed.

A very good golf player sure, but not an actual tiger smh. Sorry “Tiger” 15 majors isn’t quite enough to make the top five of my very important list.

Truman is a great name for a tiger I don’t care what anyone says. I hope we see a lot of Truman on Saturday, he seems like a very good tiger though Missouri is really stretching it with their football uniforms. Less is more, Mizzou.

One of the best tigers around. Who doesn’t love Tigger? His bouncing, spirit, and t-i-double guh-err spelling of his name is so infectious. He’s the best character in the Winnie the Pooh roster but NOT the No. 1 Disney tiger.

Tony the Tiger is great in every sense of the word. I’d argue he would go on the Mount Rushmore of tigers and cereal mascots. Aside from Mike the Tiger, I don’t think there’s a single tiger I have a longer relationship with. I think I’ll have nothing but Frosted Flakes for the next month in honor of him.

Rajah, in my opinion, is the GOAT Disney tiger. Aladdin is my favorite Disney movie and Rajah is a big reason why. All hail the floppy boy Rajah the tiger.

Okay fine this is a layup given that we’re an LSU site but look how good Mike is. He even has a 1 right there on his chest, as in No. 1 Tiger.

Now just because we know Mike is great, doesn’t mean everyone else knows that. Let’s do our part to get Mike the Tiger into Mascot Hall of Fame. Now currently the Mascot Hall of Fame is closed due to coronavirus. It doesn’t seem like there are any mascots up for selection for 2021. But that’s okay, we can work on a strategy to get Mike on the next ballot.

Per their website, this is what the Hall of Fame’s voting criteria is based on

a) Mascot character and program can demonstrate a major impact on their sport, and/or community.

b) Mascot character and program should have performances, which are considered memorable and/or groundbreaking.

d) Letters from community leaders and stakeholders detailing the mascot’s impact on their particular community.

There are typically 30 mascots that make it to the hall of fame ballot: 15 pro/semi-pro mascots; 15 collegiate mascots; and five independent mascots. The top-10 vote getters move on to the final ballot, and from there the remaining 10 need 65 percent of the vote to make it to the Mascot Hall of Fame. I’m now making it my life’s mission to spearhead the efforts to get Mike the Tiger elected to the Mascot Hall of Fame, stay tuned for more details on how we can make that a reality.