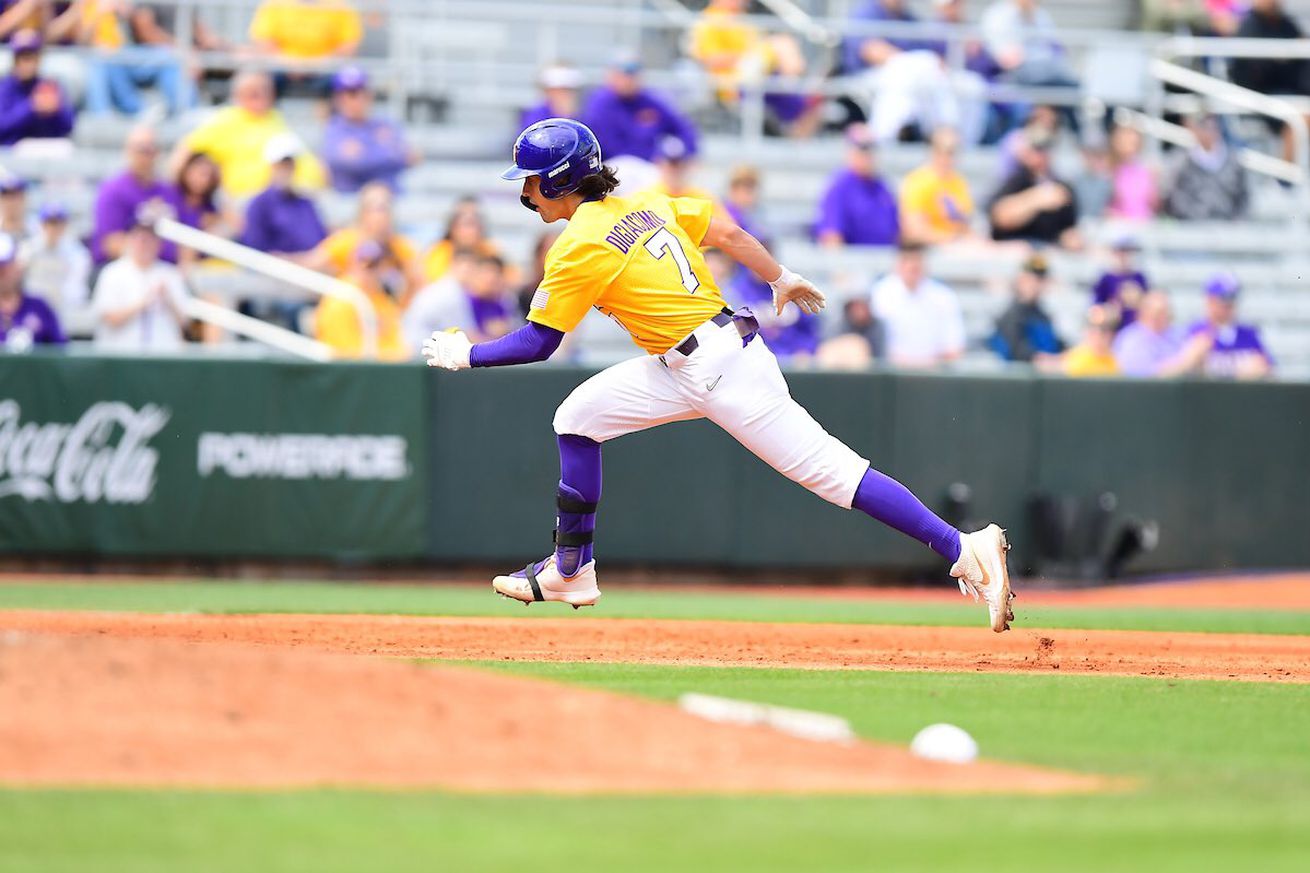 The Tigers made sure to make everybody sweat it out a little, but they ultimately pulled out a 6-4 win over the River Hawks to complete the weekend sweep, LSU’s first sweep of the year. Dugas was 2-for-4 at the plate, with a go-ahead two-run home run in the bottom of the eighth inning.

“We’ve been working the last week and a half on hitting the ball away, staying compact and having a nice compact swing through the ball,” Dugas said. “Coach said if I can pull a curve ball, then you can and I got that opportunity.”

The rest of LSU’s offense struggled against UMass Lowell’s starter Matt Draper. The only other Tigers with hits were outfielder Giovanni DiGiacomo, who went 2-for-4 with a double and triple, and first baseman Cade Beloso, who went 1-for-4 with a single.

UMass took an early lead, scoring on a solo homer in the top of the second inning, but LSU responded by scoring three in the bottom half of the inning, including the first of Dugas’ two-run home runs.

UMass Lowell hit another solo shot off LSU starting pitcher AJ Labas in the fourth, but LSU got into a bit more trouble in the fifth inning.

Labas allowed four consecutive, two-out singles, scoring two runs and giving the River Hawks a 4-3 lead in the top of the fifth inning. Labas said he left the ball up a lot during the fifth inning and wasn’t really commanding his fastball well.

After getting out of the inning, he returned for the sixth and shut down UMass Lowell, going three up, three down.

Labas noted that he didn’t think he pitched well enough to win today and wasn’t really feeling it on the mound. His final line went for six innings, eight hits, one walk, three strikeouts, and four earned runs.

“I feel like I pitched OK,” Labas said. “I just didn’t have my best stuff today. All I had was the fastball today, so it was pretty much just go out there and try to locate my fastball as best I can.”

The Tigers didn’t get any hits between the fourth and seventh innings and only scored in the third before the outburst in the eight inning.