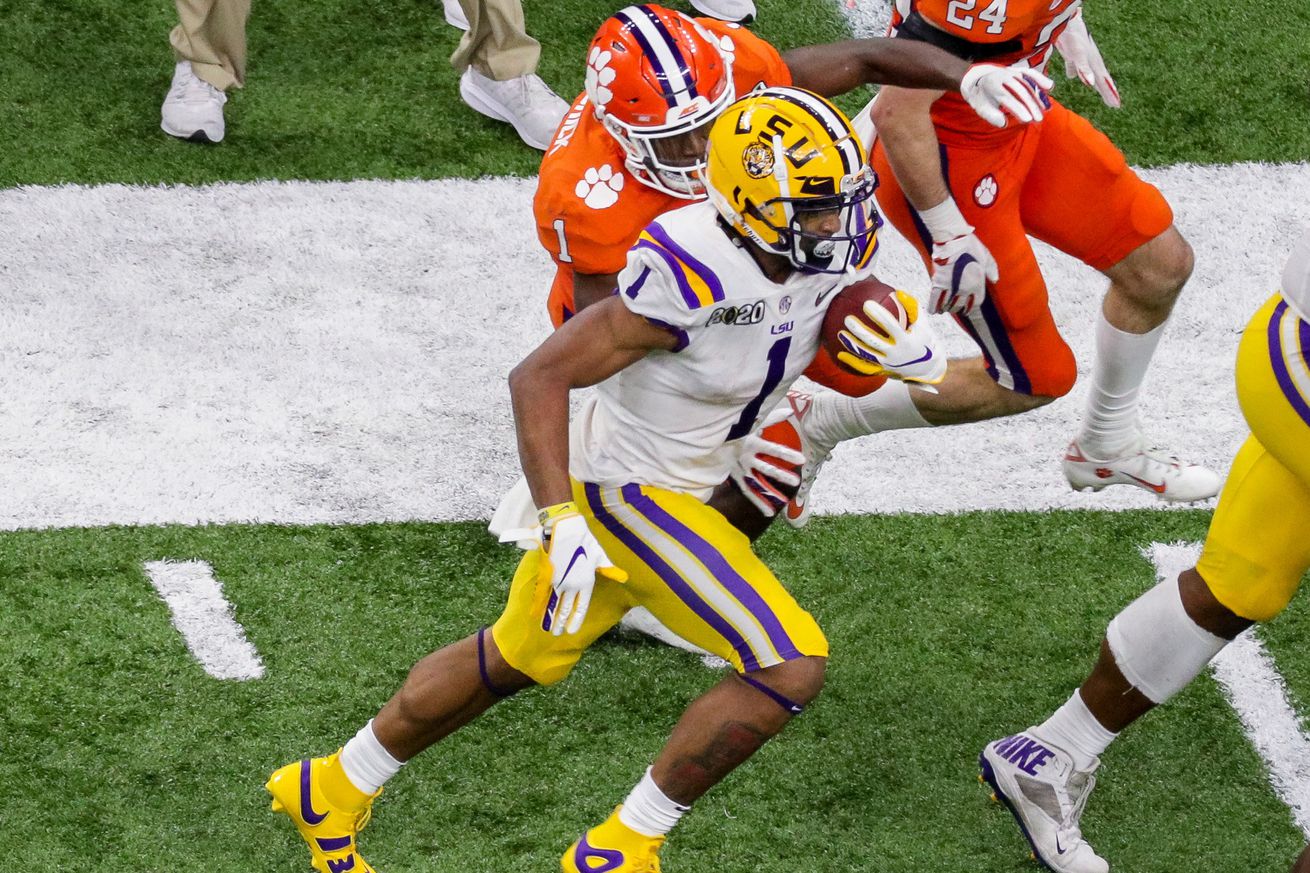 Biletnikoff Award heads to the NFL

Wide receiver Ja’Marr Chas has opted out of the 2020 season and will enter the 2021 NFL Draft. The reigning Biletnikoff Award winner, Chase becomes the third Tiger to sit out this season, joining Kary Vincent and Neil Farrell. The news was first reported by CBS Sports and confirmed by Sports Illustrated.

Although he is not the first opt out, Chase’s departure is the most devastating. Not only was he arguably LSU’s top player, but he was one of the few hold overs from the most prolific offense in history. He had been awarded the No.7 jersey, recognition of his play-making skills, and was expected to put up big totals even with the departure of Joe Burrow and Joe Brady.

Chase is widely considered to be one of the top players, and certainly top wide receiver prospect, in the 2021 NFL Draft.

The decision is surprising given that Chase’s father, Jimmy, gave an interview earlier this month saying Chase would be with the team for the upcoming season.

While Chase’s departure is substantial, the Tigers still have a lot of promising pass catchers. Terrace Marshall is still a former top-five recruit who has dealt with injuries, but been a top performer when he is on the field. A lot of praise has been sent toward senior Racey McMath and incoming freshman tight end Arik Gilbert. Though with the Tigers beginning the Myles Brennan era, having a player of Chase’s caliber would have certainly helped LSU’s new signal caller.