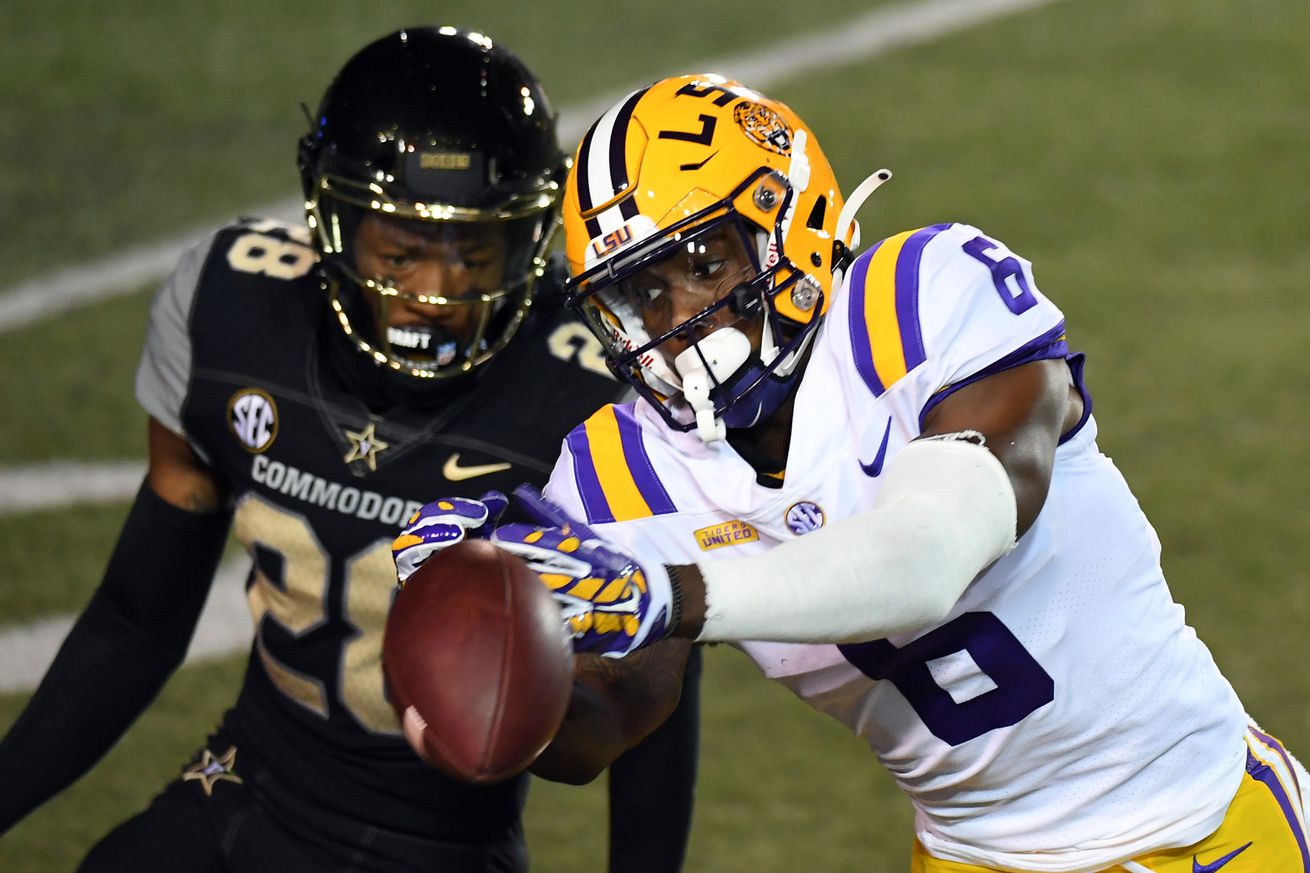 The first rule for getting out of a hole: stop digging.

This wasn’t a pretty win nor was it a close one the team had to sweat out. LSU took the lead early, then slowly asserted its dominance more and more, until Vandy was hopelessly behind. LSU stopped digging the hole.

The Tigers’ first four drives of the game all ended at midfield or better, but only resulted in 14 points. Being up by two touchdowns is better than being down by two touchdowns, and if your biggest problem early on is your lead isn’t big enough, then that’s one of those good kind of problems.

Still, LSU didn’t come out and announce its presence with authority. OK, I realize that I’m complaining about an eventual blowout win, but there was a moment in the first half that this could have gone in another direction.

It has been a specialty of LSU in the past few years to give up touchdowns in the final two minutes of the half. And, as per usual, it seemed the defense was on track to do it again. Vanderbilt put together one of their best drives of the half, setting up a first and goal in the final minute. But the defense held, and then Vanderbilt missed a 22 yard field goal attempt before the final gun. Instead of being locked in a 21-14 struggle, LSU had a two touchdown lead which they slowly extended further in the second half.

Many of the problems that Myles Brennan displayed last week resolved themselves in week two. The offensive line did not allow a sack, and Brennan looked so much more comfortable in the pocket. He went 23/37, throwing for 337 yards and 4 TD’s and pick. OK, the pick was pretty bad, but that still was the kind of play you wanted to see from him, aggressively throwing the ball down the middle of the field.

Furthermore, it seems Orgeron has gained some clarity in the crowded LSU backfield. John Emery was a force all night long, cracking 100 yards on just 12 carries. Ty David-Price had 29 yards on 8 carries, by contrast.

Look, they aren’t going to write songs about this one. It was more of a slow strangulation rather than a fun bludgeoning. Heck, LSU wouldn’t even extend the lead past 21 until the final minute of the third quarter. It was a blowout without feeling like a blowout until the final quarter.

It was exactly what this team needed. Nothing like seeing the backups close out the game.