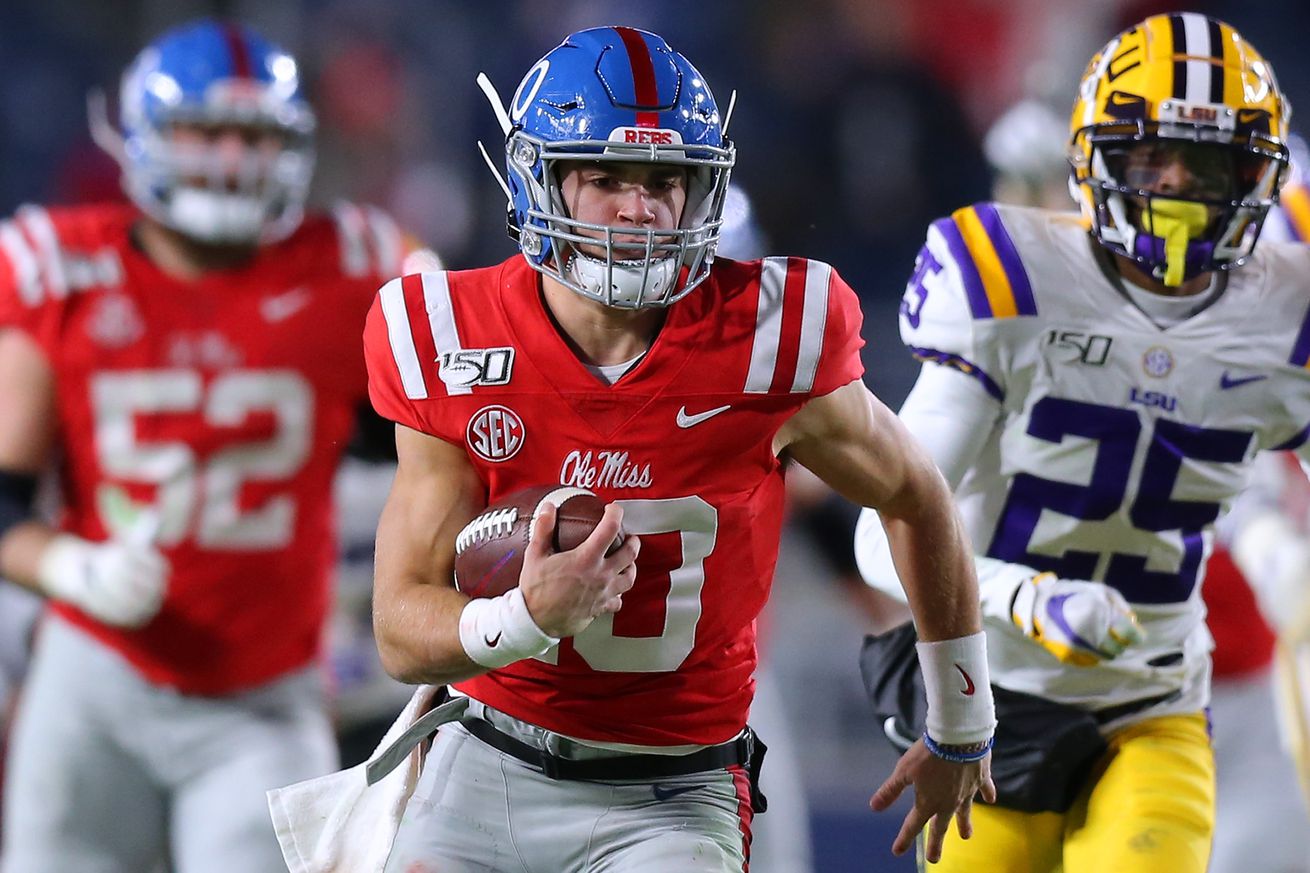 Hello! Zachary Junda here, I’m coming to you with a very pressing matter. I’m worried one of your football players, quarterback John Rhys Plumlee, will cause a great deal of harm to my grandfather.

You see, he was in town this past week as he had to evacuate from his home due to Hurricane Laura. He and his home are fine, thank you for asking.

Anyway, to pass the time Thursday night we were watching a replay of the national championship game. I don’t know if you heard, but LSU won it all last year. I’ll spare you the details but the short of it is 2019 LSU is the best team ever and quarterback Joe Burrow had the best season a college quarterback has ever had and won the Heisman trophy.

Where was I going with this? Oh right my PaPaw. Well randomly during our rewatch PaPaw Verrett asked me “Zach tell me son, does that quarterback over at Ole Miss have any years left? The one who ran all over LSU” And I said “yes sir, he’s got three years left he was just a freshman last year.” My dear old grandfather closed his eyes, groaned and said “ohhhhhhh dear.”

As you can imagine, that’s a very alarming response to get out of an 85-year-old man. Plumlee had himself a day against LSU, running for 212 yards and four touchdowns while also throwing for an extra 123. That’s a lot! And I think another effort like that out of Plumlee might be the end of my dear old grandfather.

*Sarah McLachlan plays in the background*

Could someone speak to John about this? Someone at compliance? Maybe Lane? What about Archie, he’s an old man. See to it Archie has a heart to heart with John and explain to him “son your actions have consequences.” Actions meaning “running buck wild against LSU” and consequences meaning “possibly killing my grandfather.” You wouldn’t want that on his conscience would you?

Thank you and God bless,