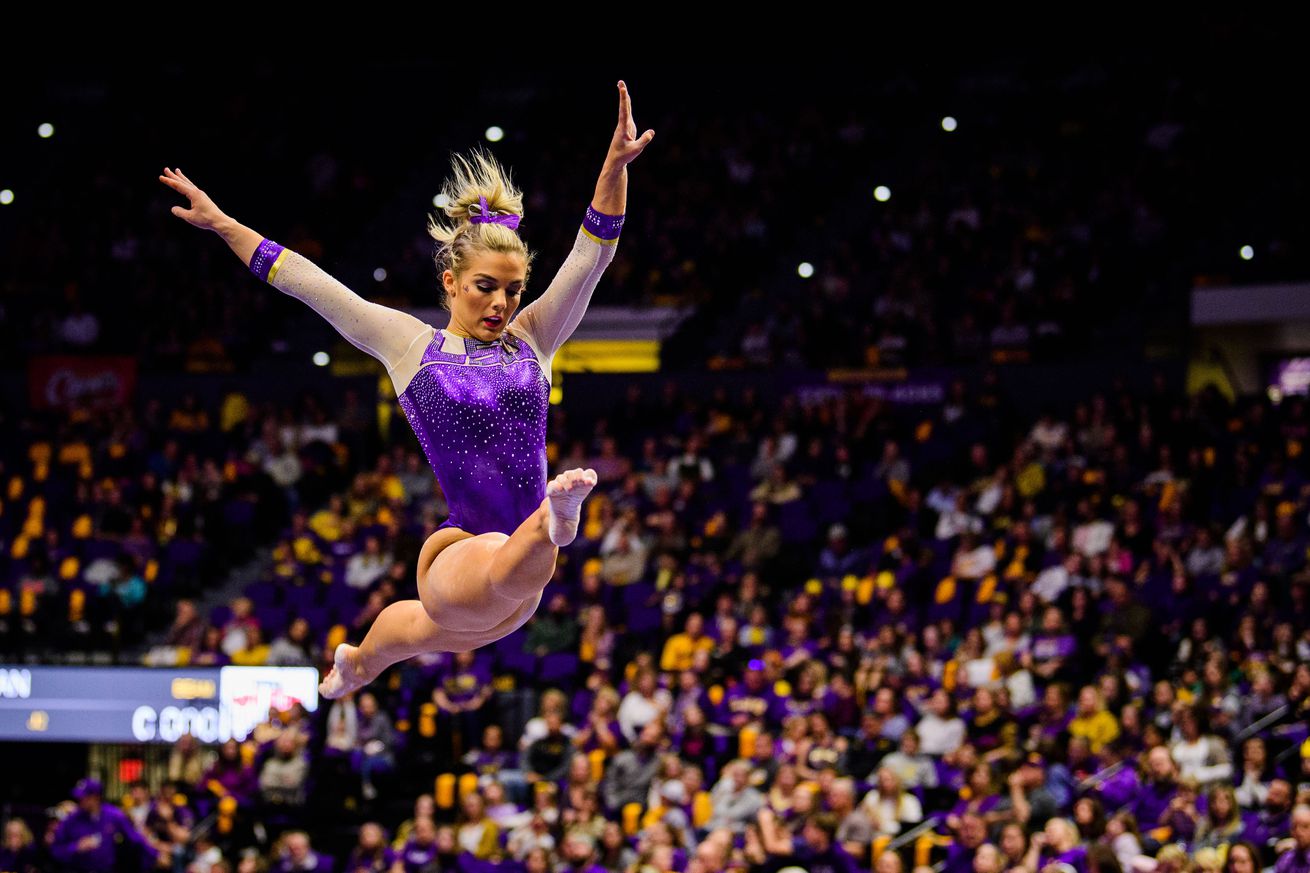 Injuries mount, but the the scores keep coming

Hey, remember when gymnastics was struggling?

The team still isn’t at its peak form due to injuries, and DD Breaux was still trying new gymnasts out in the rotation in one of the last meets of the season before the SEC Championships. But LSU again went out and hit the 197.000 threshold this weekend, for the fifth consecutive meet.

LSU went on the road to Denton, TX to dominate a quad meet, with the closest competitor being Arkansas at 196.325. This wasn’t about the other teams, this was about LSU trying to lock down its own routines, and show off its stuff in the last road meet of the season.

Because LSU was one of the road teams, it didn’t get the Olympic rotation, which is probably a good thing for the Tigers. Get some experience starting in a new place in the rotation and not have floor to look forward to in order to rally the scores at the end. Of course, they ended on vault instead, so no theory is perfect.

The team’s weakness was also its strength. LSU started off on the bars and was solid and consistent throughout. Just about everyone stuck the landing and there were no major deductions. The problem was that on the flip side, there were no big scores either. Ruby Harrold won the vault title with a 9.875. That won’t cut it in April.

The good news is that DD Breaux was able to go deep to her bench to give a lot of gymnasts some action. Courtney Goodrich had her first competitive action of the season, and she scored a 9.90 on the floor. Rebecca D’Antonio scored a 9.775 on the vault in just her second meet of the season.

And the reason LSU was reaching deep on the bench was because Kennedi Edney skipped the meet, resting her chronically injured elbow. On top of that, Sarah Edwards is still out with a sprained ankle with no official timetable to return, though time is clearly running out.

Depth is cool, but having your stars is even better. The fact that LSU is hitting the 197.00 barrier with regularity this late in the season shows a team rounding into form. But it is alarming that they have to do so without two of their top performers. It’s just been that kind of year, as injuries have taken the wind out of the sails.

LSU has one more home meet before the postseason begins. That means there is one last chance for this team to put it all together, and show what their peak potential truly is. Because we have not seen it yet.