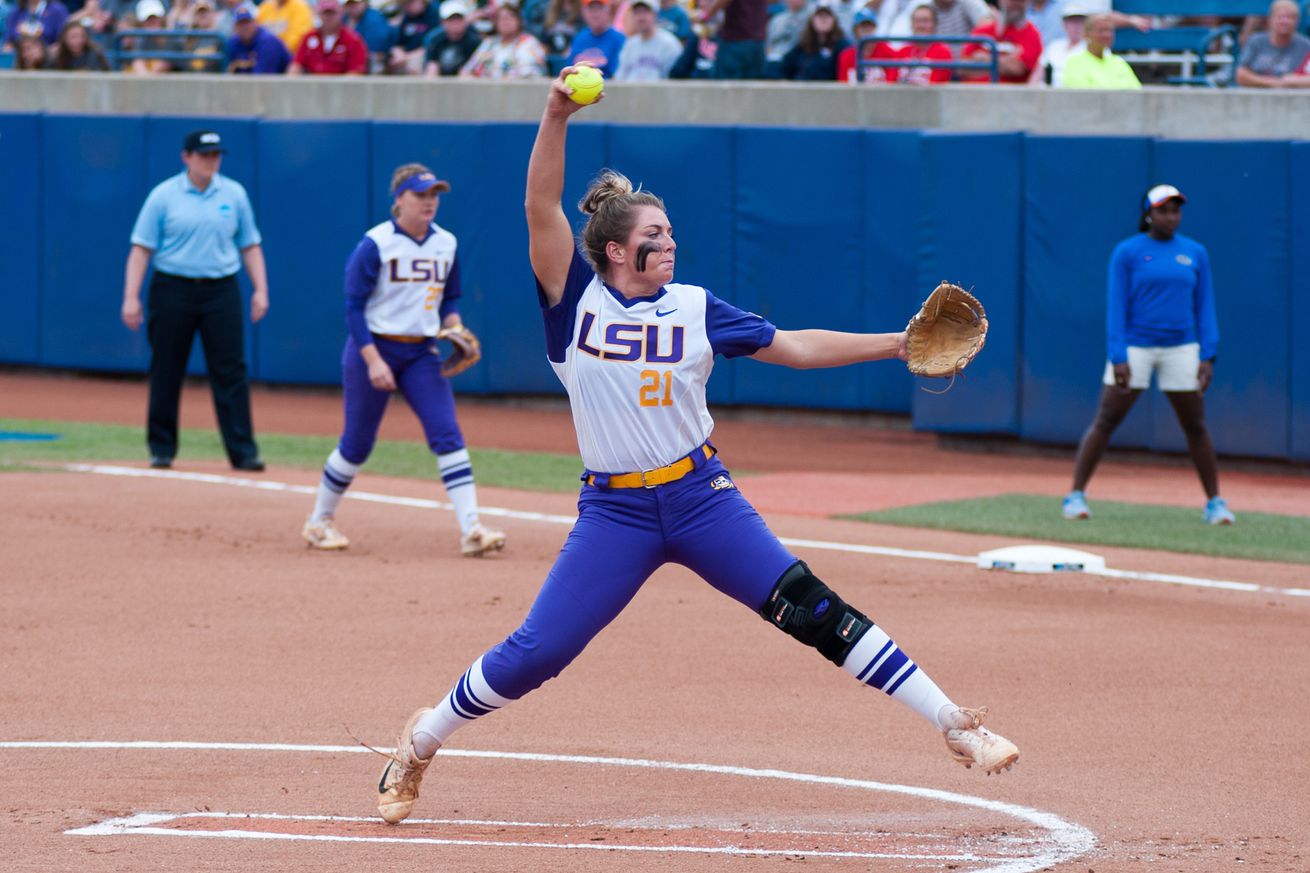 If you have come to expect one thing from a Beth Torina led softball team, it is strong pitching. While many have come and many have gone, the first pitcher Torina molded into an ace, from freshman to senior season, was Carley Hoover.

Hoover’s collegiate career didn’t begin at LSU. She spent the 2014 season at Stanford with only a few appearances before shutting down due to injury. That summer, she made the decision to come to Baton Rouge.

In her first season Hoover led the team in wins (18), ERA (1.78), innings pitched (169) and strikeouts (174) and tied for the team lead with six shutouts. Her 1.78 ERA was the 27th best in the nation. She had two, 12-strikeout performances on the year, one against Auburn and one against Tennessee. When the postseason came around, Hoover was at her best. She was named MVP in the regional with a .40 ERA over four games allowing just one run in 17 innings. The next round, she tossed a one-hit shutout in game one and picked up the save in the game-two clincher. She was named All-SEC and an All-American.

Hoover’s sophomore year was much of the same. Again, she set the pace for the team, leading the Tigers in wins, innings pitched, and opponents batting average. Her final record was 22-7, becoming the first Tiger since 2012 to win 20 plus games. Hoover continued to rack up big strikeout totals, ranking in the top hundred nationally in strikeouts and strikeouts per seven innings. She allowed three hits or fewer in 24 of her outings and allowed one or zero earned runs in 26 over her appearances. Hoover would also pick up her second All-SEC selection.

The totals of 2017 stayed impressive. Hoover posted a team best ERA of 1.19 and 169 strikeouts. In the regional she would toss two complete game victories in the Regional with LSU one game from elimination. She also earned the win when she closed out the third game of the Super Regional against Florida State with 3.1 relief innings, sending the Tigers to Oklahoma City for the Finals.

She closed out her final season with the Tigers on the same high note which she began. Hoover had a 1.60 ERA over 161.2 innings with a .171 opponents batting average, amassing a 16-7 record, along with 18 complete games and seven shutouts.. She had 189 strikeouts on the year with six double-digit strikeout games, and a 14 strikeout performance against Ole Miss. For her work, she picked up her second All-American recognition.

When her time with the Tigers concluded, Hoover finished fifth in innings, complete games, and wins. Her career .195 opponents batting average ranks fourth best in program history and her 775 career punchouts are good for fifth most in team history.

There is excellence and driving excellence. For four seasons Carley Hoover was one of the main reasons LSU softball was one of the perennial favorites. From the circle she powered the ball past opponents and became an intimidating force in the process.