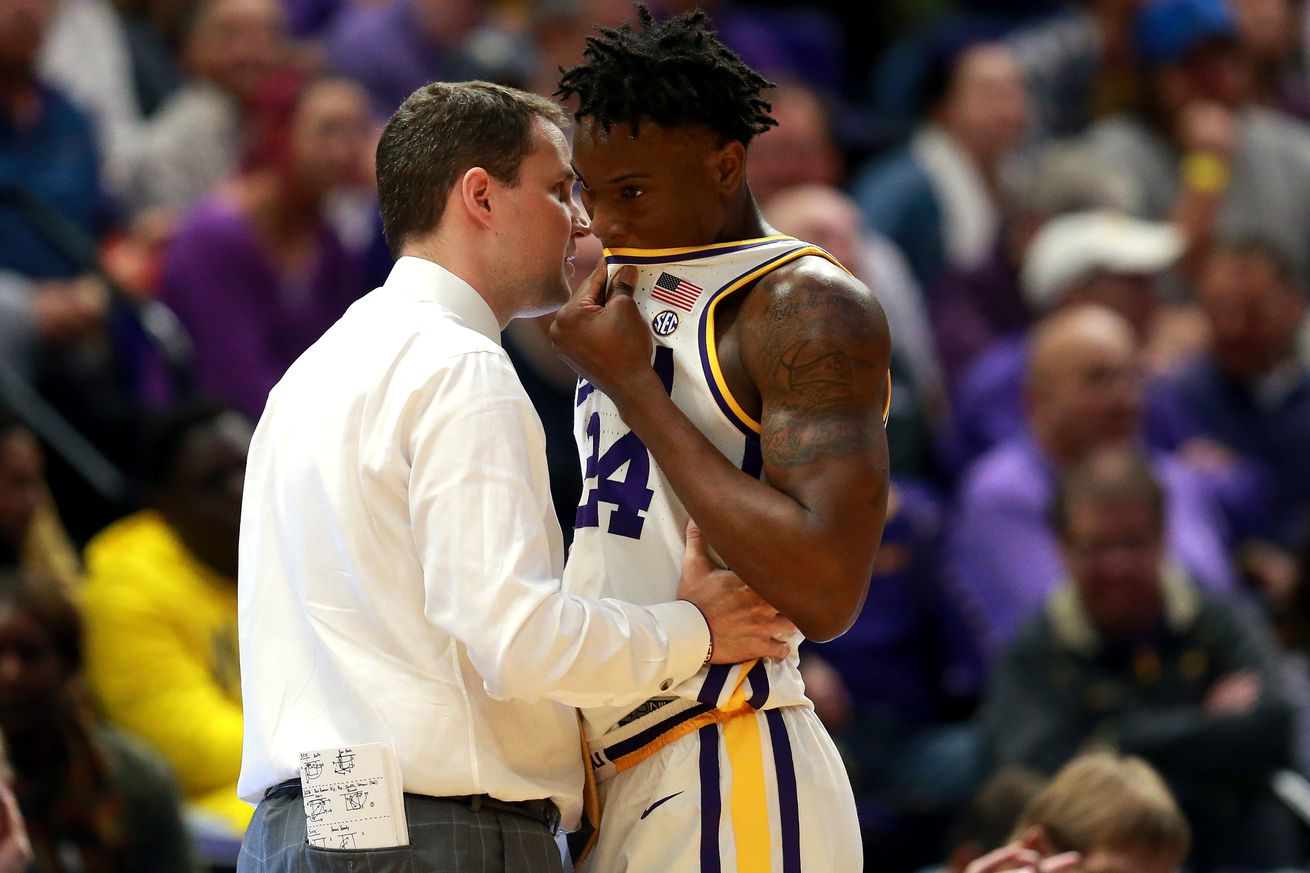 The LSU basketball team’s time to beef up its NCAA Tournament resume is winding down and Wednesday night’s game against Arkansas is just the beginning.

The Tigers (20-9, 11-5 Southeastern Conference) faced Arkansas back in January, which was just the second game of SEC play. LSU narrowly won that matchup, grinding out a 79-77 victory, but coach Will Wade said the Razorbacks (18-11, 6-10 SEC) have gotten better within the two months since the two teams faced each other.

“They have been up and down with Isaiah Joe out,” Wade said at a news conference. “I think having (Isaiah) Joe back, they obviously have been a lot better. He just looks like the freshest guy on the court; I know you don’t want to lose guys but he’s so fresh. Offensively, everybody knows what he brings with his shooting, but he really helps them out defensively with his energy.”

Joe — who has missed six games this season with a knee injury — averages 16.9 points per game, but guard Mason Jones leads the Razorbacks with 21.3 points per game. Wade said Jones handled much of the load with Joe out and both are scoring threats come Wednesday night.

LSU has also changed a lot since last facing the Razorbacks. Wade himself admitted that it has been an up and down month and a half for the Tigers. Since an 8-0 start to SEC player, LSU has gone 3-5.

The loss at Florida, Wade explained, caused the Tigers to get out of sync, but LSU has rebounded with solid wins against Texas A&M and South Carolina.

In order to lock up a favorable NCAA Tournament seed, the Tigers will need to win these last two regular season games along with a couple of good victories at the SEC Tournament.

Wade and the Tigers are aware of those stakes but are focused on taking it one game at a time from this point forward.

“We have talked about where things stand but we don’t spend a lot of time worrying about that,” Wade said. “We just need to win; the seeding and those sorts of things will take care of itself if we win. It’s opportunity for a quad one road win so it would be a big win for us, another feather in the cap.

“It would give us a winning road record in the SEC, we are 4-4 on the road in the conference. Finishing 5-4 in the league on the road would be very good. We certainly talked about last week and about where we are in the hierarchy of things, in our conference, nationally, and what we need to do to finish things out to get where we want to be.”

LSU and Arkansas will tip at 6 p.m. on the SEC Network