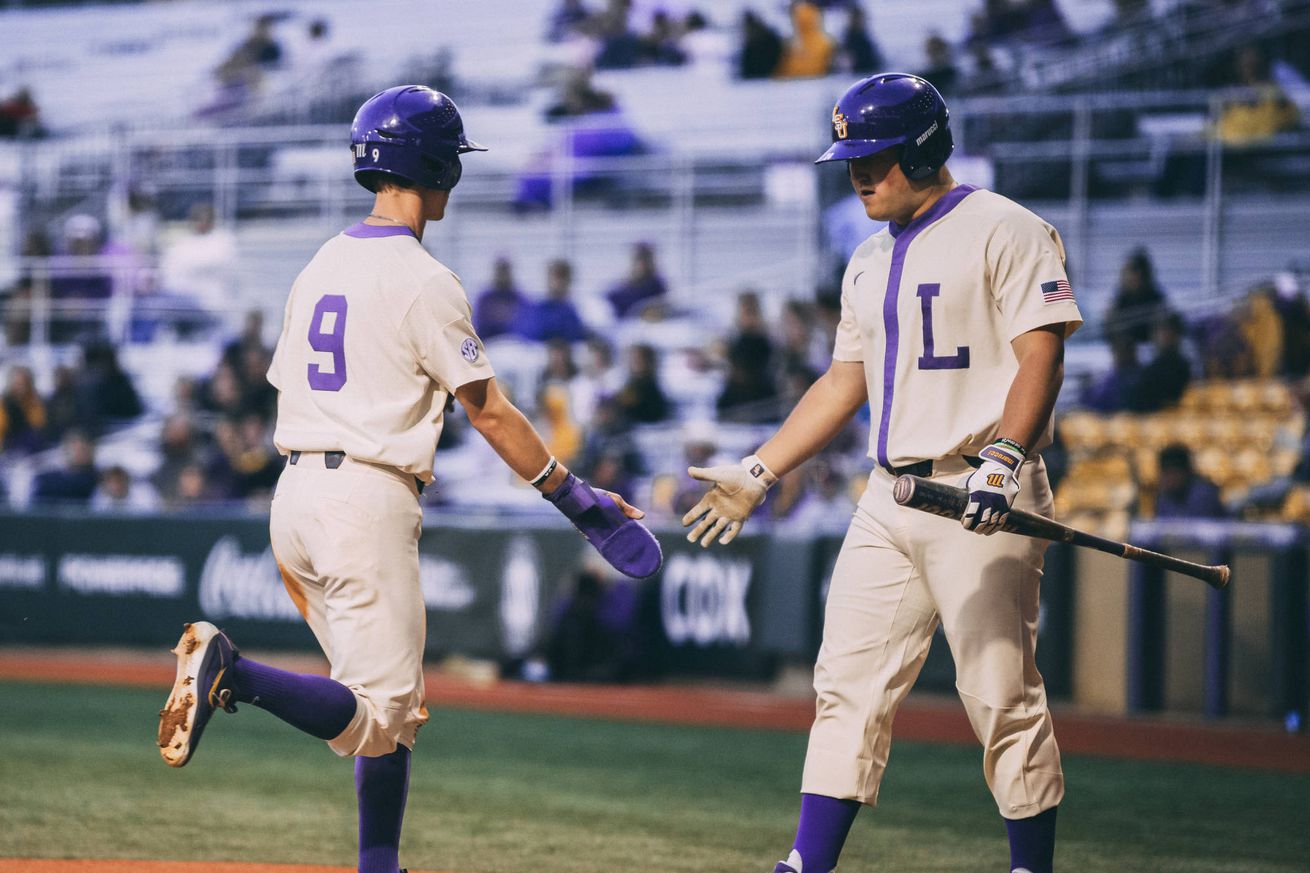 Tonight LSU gets one last tune up at home before starting the tremendous gauntlet of the SEC season. It’ll be a good time to solidify a replacement at DH for Saul Garza, who may miss some or all of the series at Ole Miss this weekend with a back strain. It’s important that we see the improvements at the plate from this weekend continue tonight, including the focus on opposite field hitting. LSU will also be wearing the “Turn Back The Clock” unis tonight.

South Alabama (8-9) have had a rough go of it against SEC competition this year. Along with two midweek losses to Vandy, USA is in the midst of a 5-game SEC road trip, with a loss at Bama and dropping 2 of 3 at Arkansas. The Jags are coming off a 30-26 record for 2019 that ended in a first round loss in the Sun Belt tournament.

Yes, I am telling you this because it’s fun to say Stanky Field pic.twitter.com/EJsoRBP9dL

• The Jaguars are hitting .205 as a team with seven homers and 19 steals in 23 attempts … South Alabama has a 5.57 team ERA and its pitchers have allowed a .263 opponent batting average and 17 home runs

• Junior catcher Reid Powers is hitting a team-best .346 this season with two homers and 12 RBI … sophomore outfielder Ethan Wilson is batting .303; he leads South Alabama in homers (3), and he is tied for the team lead in doubles (4) and RBI (12)