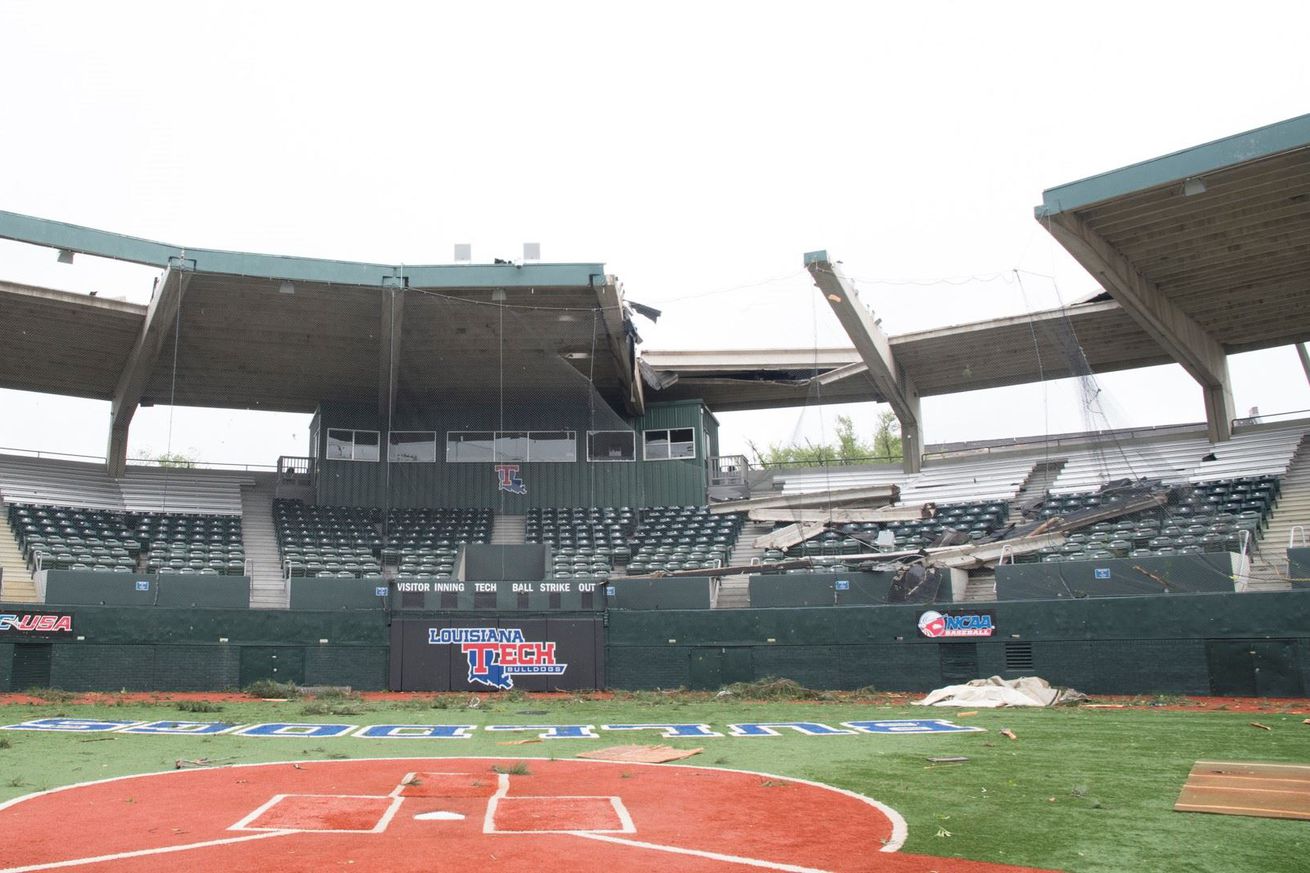 Tonight is the last warmup before LSU faces the biggest test of it’s OOC slate this weekend in Houston. LA Tech (5-2) comes to The Box tonight at the end of an 8 game road trip to start the season. Last April, a tornado ripped through LA Tech’s Ruston campus damaging many athletic facilities buildings, including J.C. Love Field at Pat Patterson Park. They have announced plans to rebuild, but for now, the Bulldogs will play a majority of their games on the road, with just 7 “home” games this season at Ruston High School. The rest of their home games are being split between ULM and the abandoned former minor league stadium Jackson, MS.

Their season is off to a good start, sweeping an invitational weekend at USL against the Cajuns and Southeastern, a road win at McNeese and dropping a 1-2 series at Troy. The year is still young, but LA Tech’s staff ERA of 1.62 is currently good for 10th in all of Division 1. They’ll start Fr. RH Greg Martinez (1-0, 3.86 ERA, 4.2, 1 BB, 4 SO) who got the start and the 7-4 win in their midweek game against McNeese. LA Tech has the latest win in the series, a 12-1 shellacking LSU took last May, LA Tech’s first win against LSU since the 80’s. Top hitters from that game like Taylor Young, Hunter Wells, and Parker Bates are all back to take another shot at the Tigers. Bates currently leads the Bulldogs at the plate, batting .440 and slugging .920 with 3 home runs and 13 RBIs.

LSU will counter with Jr. LH Brandon Kaminer (0-0, 0.00 ERA, 4.2 IP, 2 BB, 4 SO). Kaminer has shown some promise in relief outings so far and is getting another midweek starting tryout. Mainieri has also announced that, after using 8 lineups in eight games, he’s going to try sticking with the same lineup in all 4 of this weeks games.