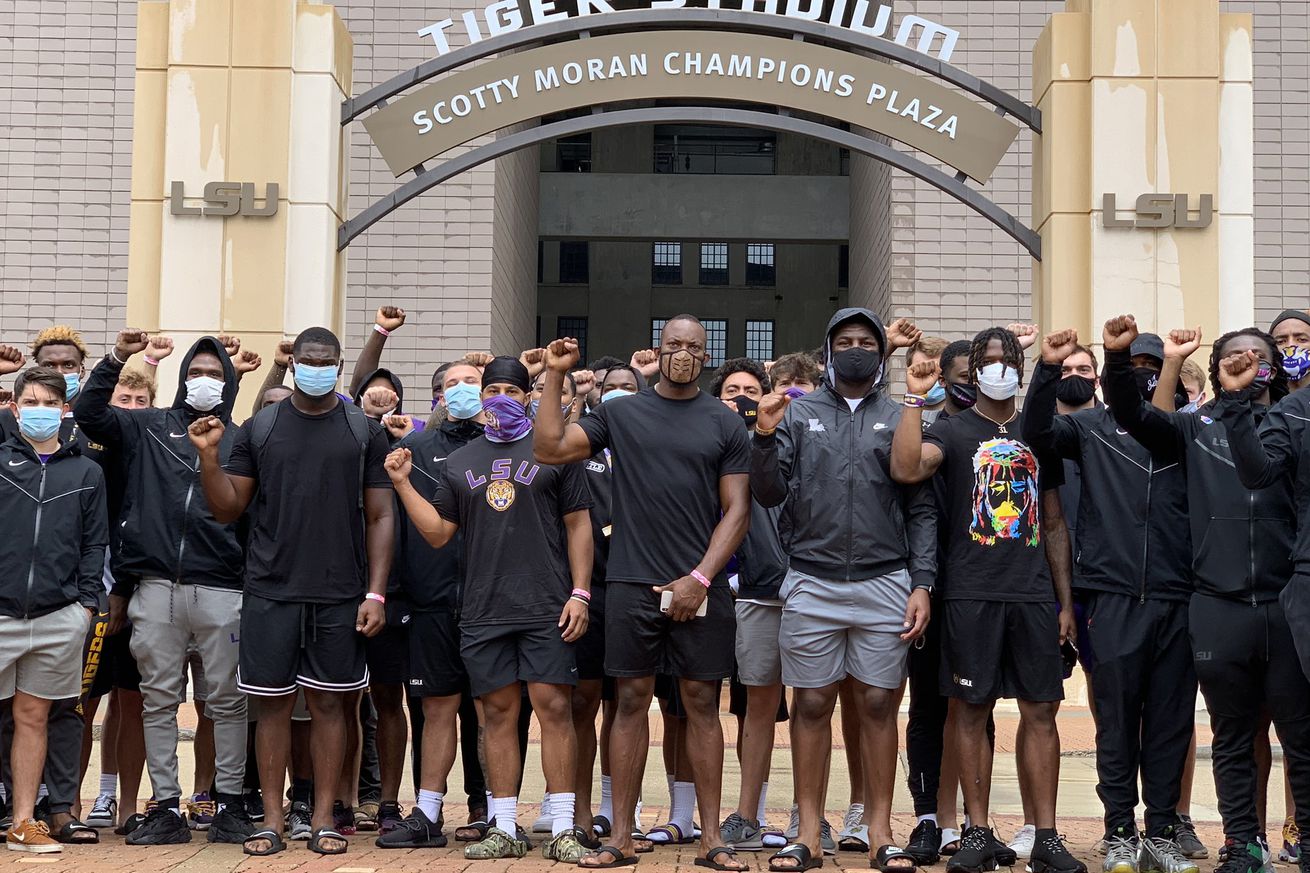 The athletes were marching to raise awareness for social injustices in America and police brutality. The march by the LSU players joins a growing list of athletes using their platforms in response to the shooting of Jacob Blake, who was shot seven times in the back by police officers in Kenosha, Wisconsin during an arrest.

Head football coach Ed Orgeron did not march with the players, instead he joined his team at Galligan’s office shortly after accompanied by Athletics Director Scott Woodward. Galligan, Orgeron, Woodward and the team then went inside and Orgeron listened to his players voice their personal experiences for about an hour.

Thank you to our LSU football student-athletes for speaking up. We support you, we stand with you against racism and inequality, and we know actions will always speak louder than words. pic.twitter.com/L11T5p1TR8

“I need to know more about it,” Orgeron said. “I don’t go through the same things they go through. I don’t have the same feelings that they have. They face different things that I heard about today that I never knew before.”

LSU’s demonstration is just the latest instance of athletes speaking out against injustices in America. Wednesday the NBA and WNBA went on strike. Major League Baseball and Major League Soccer also had games called off. Now there have also been athlete demonstrations across multiple college campuses such as Ole Miss, Mississippi State, Kentucky, Boston College, Oklahoma and South Florida.

“I hope it encourages people to bring up the conversation,” Stevens said. “I know this march from Tiger Stadium to here is not going to make 100 percent complete change. But I do feel like that it’s going to encourage people and let people know we hear you. We’re in there with you. We’re going to continue to fight until we become equal.”