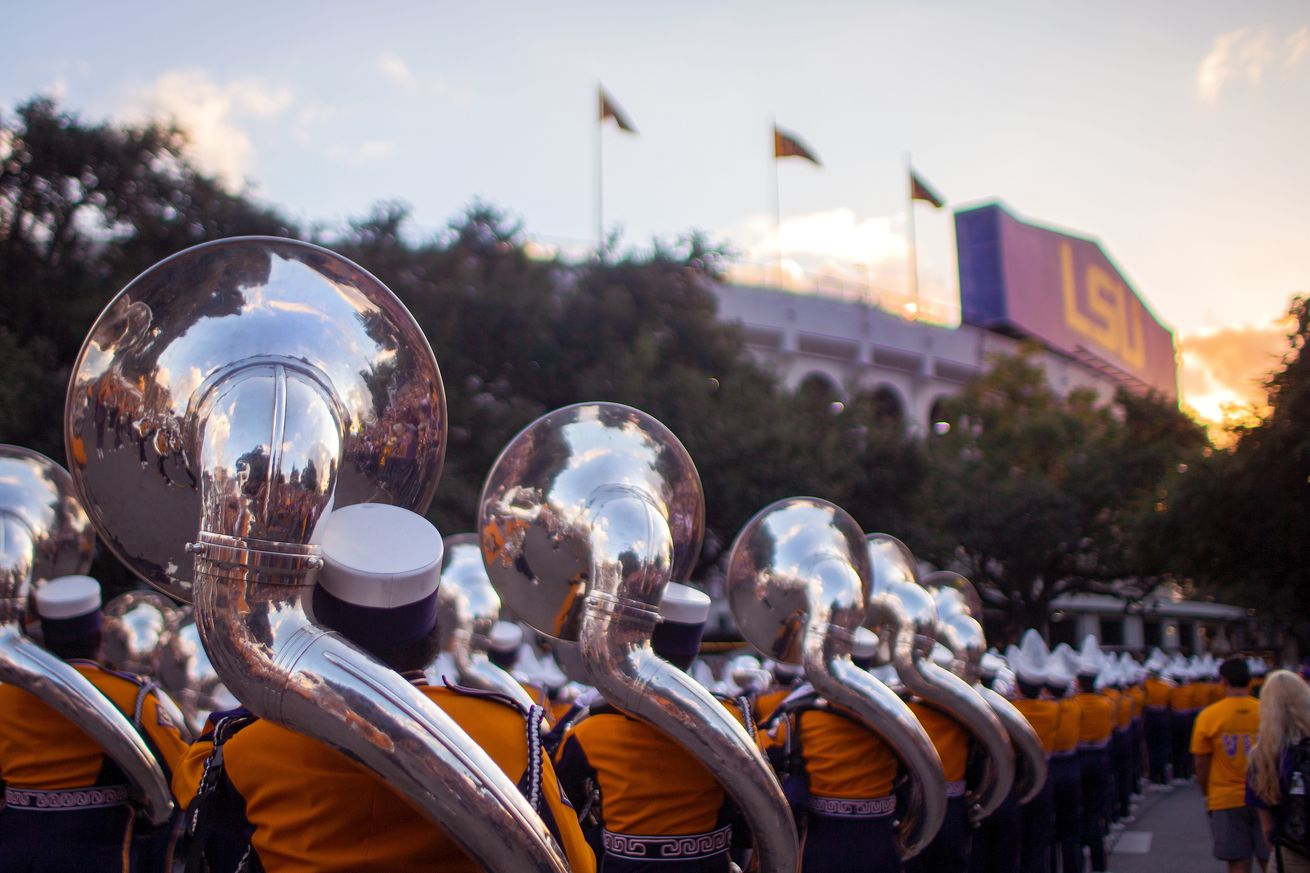 After months of speculating what the environment inside Tiger Stadium would like for the 2020 football season, LSU athletic director Scott Woodward announced LSU’s seating capacity and other stadium procedures in a radio interview Wednesday afternoon.

Tiger Stadium will open the season with 25 percent capacity, fans will be required to wear masks inside the stadium, physical distancing will be required and *fights back tears* there will not be any tailgating allowed on campus.

“This plan focuses on the health and safety of all those attending LSU football games, from the fans to the team to the workers,” Louisiana Gov. John Bel Edwards said. “By reducing the capacity and taking a year off from tailgating, which puts LSU in line with other SEC schools, the plan allows for fans to be socially distanced in Death Valley. I encourage the Tiger faithful to adhere to these guidelines and to act responsibly, as there is still a lot of COVID in Louisiana. We will continue to monitor our case counts, test positivity rate and hospitalizations and make adjustments as necessary. While this season is undoubtedly starting out differently from a normal football season, with COVID keeping all of us from celebrating together, nothing can dim the support we have for our LSU Tigers.”

LSU’s procedures is pretty much in line with what the other schools in the conference have announced. Stadium capacity across the SEC ranges anywhere from 20 to 25 percent. The Advocate’s Wilson Alexander broke down how LSU’s seating compares to the rest of the SEC, please note that Kentucky and Vanderbilt have yet to announce plans for their stadiums.

Tiger Stadium actually has the third largest maximum capacity behind Texas A&M and Tennessee. LSU also announced that ticket holders who want to opt out of their season tickets can do so through a form that will be sent through the LSU Ticket Office. Per the release, the deadline to opt out will be Friday, September 11th. Single game tickets won’t be available and acquiring student tickets will depend on students getting tested or “testing incentives” as interim president Tom Galligan calls it.

The biggest bombshell is that tailgating will not be allowed on campus, but again that’s common throughout the conference.

“Tailgating and tailgate setups, including tents, trailers, outdoor cooking, generators and communal food and beverage areas will not be permitted on campus.”

Tiger Stadium will also be different for The Golden Band from Tigerland as it will not be allowed on the field this season. Tiger Band will also not bring in its full 325-piece ensemble to games, instead it will use a reduced number to comply with the required physical distancing. A current trombone player, the who inherited my pregame spot, told me Tiger Band will have two different rosters this year and they won’t perform in the PMAC prior to games nor will they make their usual march down Victory Hill. Also visiting schools will not be allowed to bring their bands or spirit squads to Tiger Stadium this year.

It ain’t much but it’s something…kind of.