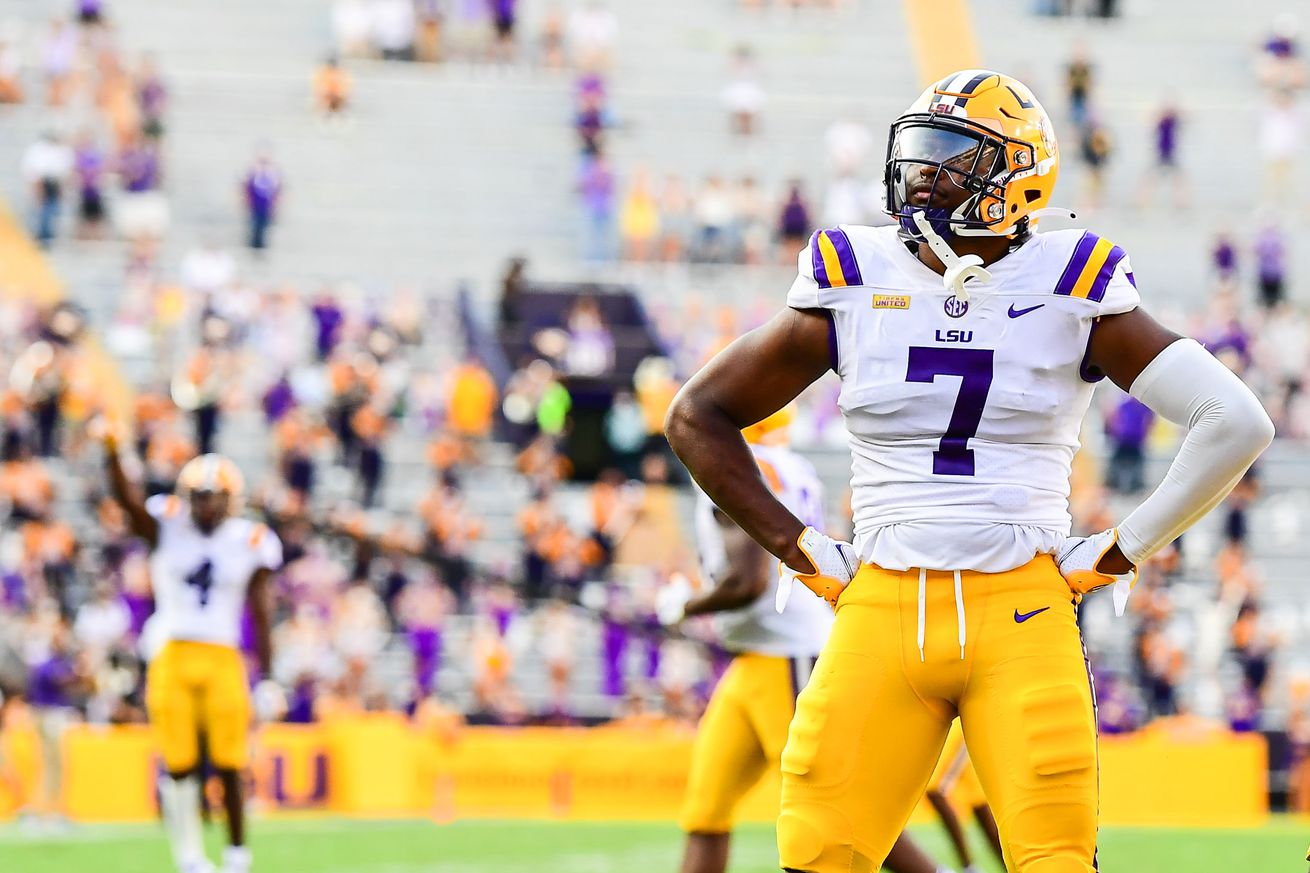 This is a rough year for LSU football. The team sits below 500 for the first time at any point in the season past the opener since 1999. We’re just not used to seeing a bad team that is likely to lose a lot more games.

The good news is, if LSU was gonna have a down year, this was the year to do it. The year after a national title and during a nationwide pandemic is about as close to a free pass as a team has ever gotten.

Yeah, the team is 1-2 after playing the easiest part of its schedule, but its pretty hard to find angry LSU fans except in the darkest corners of the internet. By and large, we’re still posting Joe Burreaux memes and watching the LSU rookies tear up the NFL.

The Zombie Season has turned into the mulligan season. But does everyone get one? How much of a free pass does everyone enjoy? Let’s dive in.

Myles Brennan. Brennan played three quarters against Mizzou with a torn muscle in his abdomen. He waited three years and two different quarterback battles to finally get his starting gig, and he waited through all of it with nary a complaint or a whiff of a transfer. Finally given the keys to the program, he’s completed 60.3% of his passes and averaged 8.5 yards per attempt. Brennan doesn’t even need a mulligan, he has balled out and done everything we possibly could have asked of him.

Ja’Marr Chase. With every passing week, his decision to sit this one looks smarter and smarter. He misses out on his chance to go in the record books as the Greatest LSU Receiver Ever, but I’m sure he’ll find a way to comfort himself with the Biletnikoff Trophy, his championship ring, and those huge piles of money he will be sleeping on in about six months. He gets a mulligan if he wants it, but he’s turning it down to go pro.

Ed Orgeron. His offseason hires are looking particularly uninspired right now, but he got the team to the mountaintop, and that earns you at least one year without the fans braying at you like a bunch of jackals. And that’s even without… /gestures wildly at the entire world. He’s probably incorporated the slow start into his recruiting pitch already, and the Tigers already have a top 5 class lined up for next year. Things are still bright in Baton Rouge, even if there are dark times right now. He gets a mulligan for this season, but we really should look into his hiring procedures.

Scott Woodward. As I used to say about Joe Alleva, no one likes the accountant. His job is to squeeze as much money out of us as he can, which is a lot easier when we’re spending the gross national product of a small nation on championship merchandise. But leasing Tiger Stadium out to the Saints to find another revenue stream during this season is a stroke of genius, and could be the difference in keeping a non-revenue sport afloat. He’s also gotten very little blowback on his tailgating edicts, even if he’s helped himself out by not going into draconian enforcement. But if he needs it, he gets a mulligan, too.

JaCoby Stevens. He’s not playing well. He’s had some high profile busts, and for the guy who was the emotional focal point last season, he is a lightning rod for criticism this year when it seems he is not playing with that same spark. Here’s the thing, we know Stevens is a really good football player. We’ve seen him do it, and his emotional leadership did rally the defense last year. So if anyone needs a mulligan, it’s him, but he also deserves one more than just about any player on the team. He gets a mulligan.

Every other player. Come to think of it, every single player gets a mulligan. You won a ring last season, and that’s awesome. Flags fly forever, and every guy had a part of it. As for the freshmen, well, they aren’t in leadership roles yet, and they are learning on short notice with limited practice time. Some bumps are to be expected. Everyone gets a mulligan. It’s like Oprah in here.

Bo Pelini. Nope. Don’t let the door hit you on the way out.