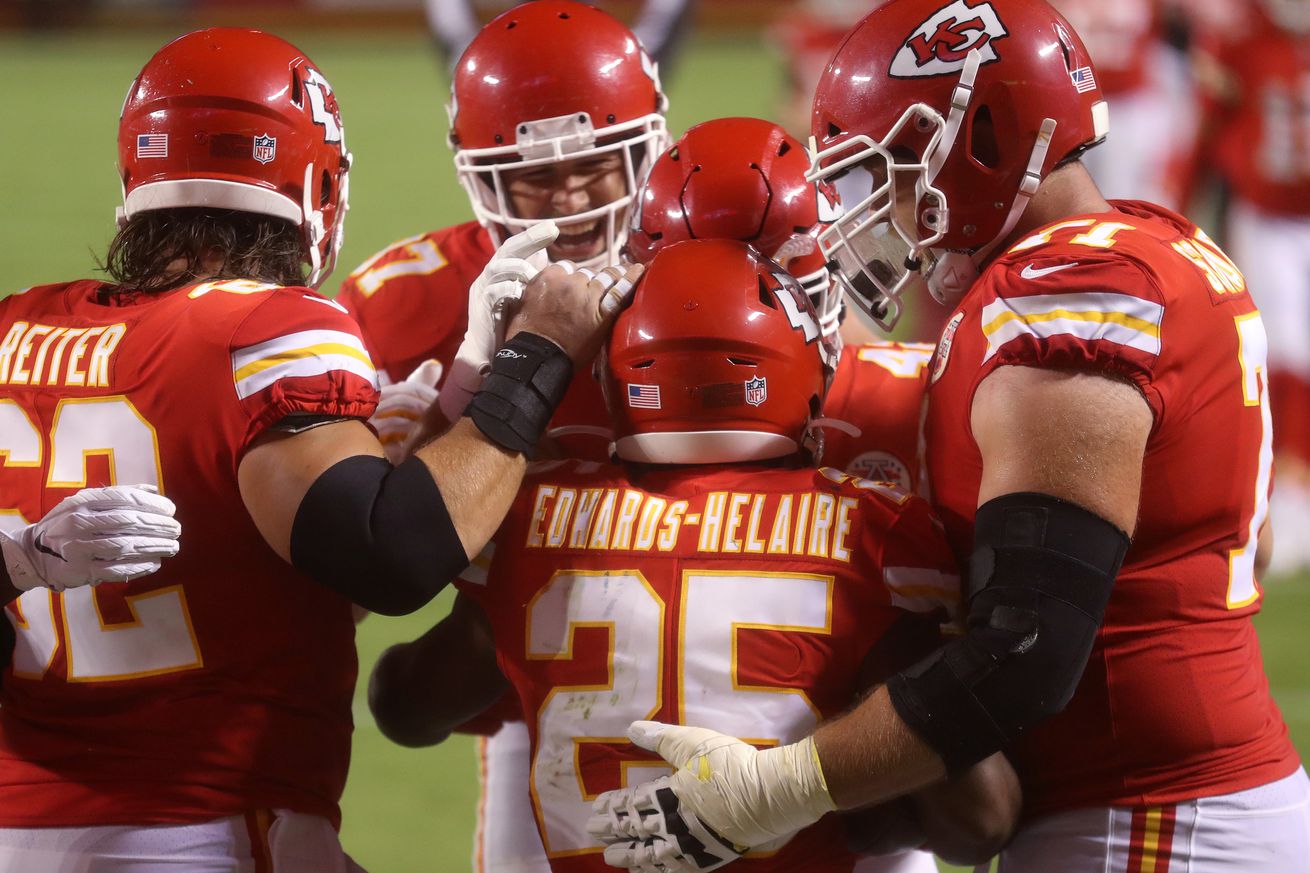 Former LSU running back Clyde Edwards-Helaire’s professional career began Thursday night and he had a hell of a debut in the Kansas City Chiefs 31-20 win over the Houston Texans.

Edwards-Helaire, Kansas City’s first round pick in last April’s draft, ran the ball 25 times for 138 yards and scored his first career touchdown in the third quarter.

CLYDE EDWARDS-HELAIRE HAVE A DEBUT

Over 100 yards rushing in his first NFL game and now a TD (via @NFL)pic.twitter.com/F7R11R3WIm

And he hit the griddy with fellow LSU alum Darrel Williams!

The first game of the #NFL season has Clyde Edwards-Helaire and Darrel Williams pulling it off… pic.twitter.com/q2xrzFFFsL

Per NFL Research, Clyde’s the fourth player in the last 30 years to have 130 rushing yards and a touchdown in his NFL debut. The other players went on to win Rookie of the Year or the rushing title that season.

Edwards-Helaire surprisingly did not catch a pass in Thursday’s win but he looked so good coming out of the backfield it didn’t matter. Edwards-Helaire flashed his devastating array of cuts and jukes in the open field and Houston’s defensive backs found out he’s more than capable of running through chumps.

If you were on Twitter during Thursday night’s game, the timeline seemed to be split 50/50: one half was non-LSU Twitter saying “oh my God Clyde Edwards-Helaire is awesome,” and the other half was LSU Twitter was all telling the first half “yes, we know.” Twitter is usually terrible 99 percent of the time, but last night it really felt like Tiger fans across the country were all celebrating and congratulating Clyde. If it felt like he was dominating your social media feed, it wasn’t just you; last night “Clyde” was the No. 8 trending topic on Twitter. That’s cool as hell!

I texted nine different people about Clyde Edwards-Helaire’s fantastic debut and everyone I talked to was just so damn happy for him. I can’t think of any former LSU athlete that is more loved than Clyde is currently. Maybe it’s because he plays so much bigger than his 5’7” frame; maybe it’s the way he honors both his father and stepfather; or maybe it’s because the 2019 season was supposed to be the year he would be passed up by one or two of LSU’s highly touted freshmen running backs, only Edwards-Helaire refused to give the starting job up and had an iconic junior season, capped off by an epic four touchdown performance against Alabama. Whatever it is, Clyde Edwards-Helaire is unassailable.

We of course want all our former Tigers to be successful in all walks of life, but last night seeing Clyde ball out gave my heart genuine joy. I want Clyde to win Rookie of the Year and the rushing title and Offensive Player of the Year and MVP and the Super Bowl and Super Bowl MVP and be voted No. 1 on that NFL Top-100 players thing and I want him to do that every year he’s in the NFL.

He deserves all of that at the very least.