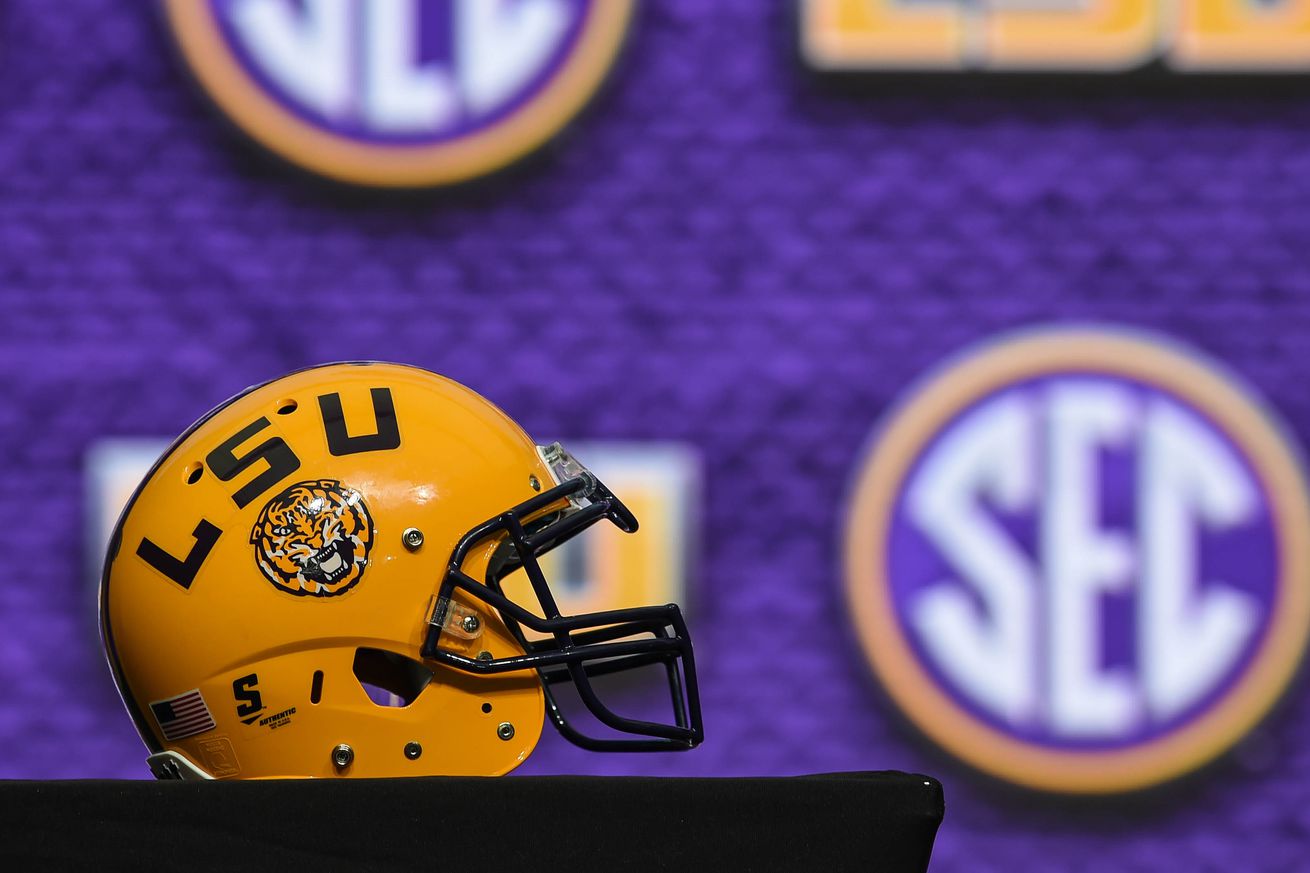 Last weekend was Week Zero for college football. Tonight starts Week One and we’ve got two more games on the docket: the Central Arkansas Bears, who just really love playing football, play the UAB Blazers at 7 on ESPN3; at 8 the South Alabama Jags play the #SMTTT Golden Eagles on CBS Sports Network. And hey did you know the NFL’s kicking off in seven days? They are! Will their season be a disaster? Probably!

The SEC, of course, delayed its season opener to September 26th so we’ve still got a ways to go before we see LSU defend its national championship crown. We do know who will be carrying five of LSU’s 10 games however; per LSU, three games will be carried by CBS:

For you golf fans, this year’s Alabama game will be the same day as the third round of the Master’s. Something, something “hello friends.”

We also know SEC Network will carry LSU’s game at Vanderbilt (October 3) which is set for 6:30, and either ESPN or ESPN2 will have LSU at Florida (October 17) which is scheduled to kickoff at 2:30. As for who’s carrying the remaining five games that is to be determined.

The SEC announced its conference-only schedule August 17, and yesterday our pals over at Red Cup Rebellion drew up a HELMET SCHEDULE for the 2020 season and they were kind enough to make one for us. Direct all your thanks to RCR’s Nicholas Carr.