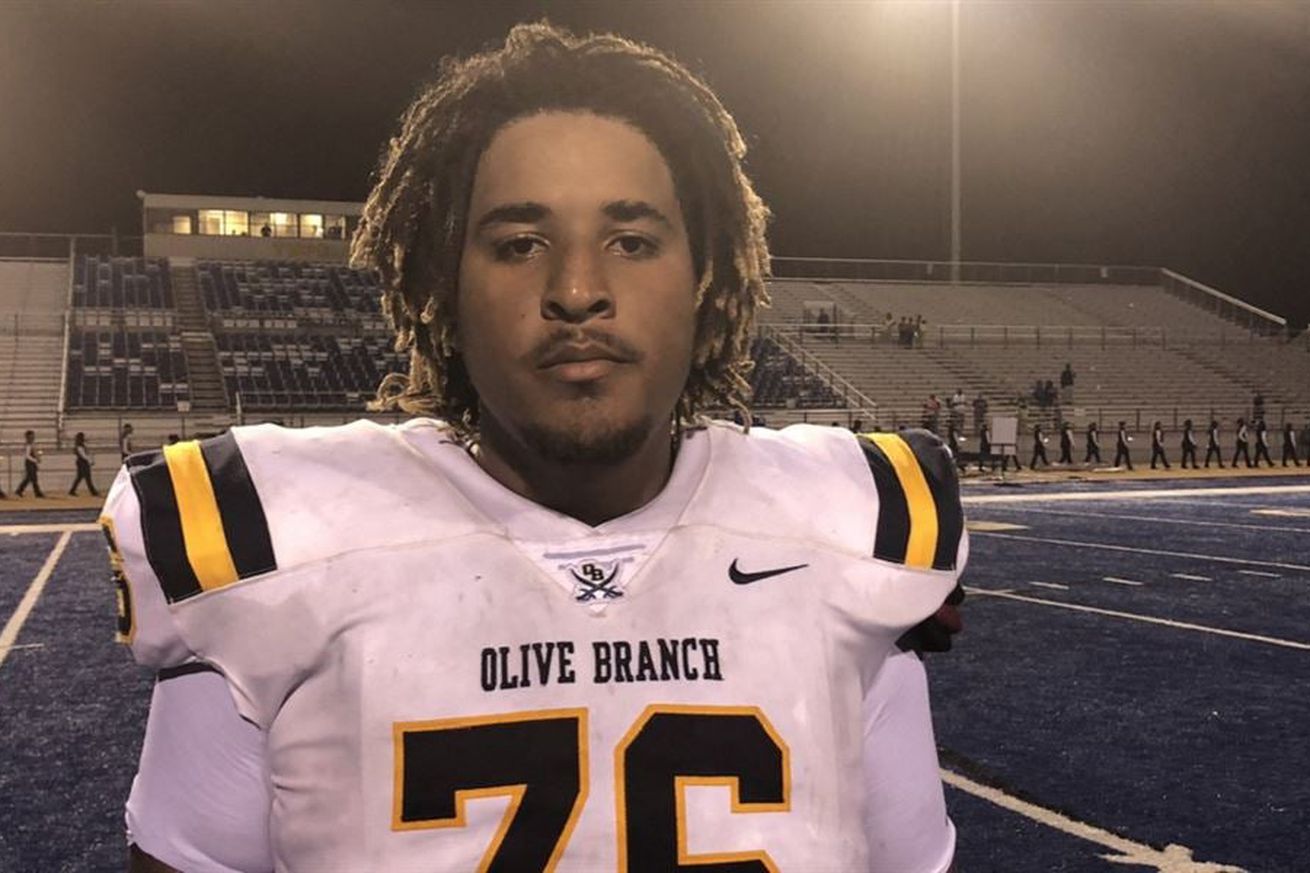 Young tackle could be called into action early

Heading into the 2020 season, LSU literally has no proven depth amongst its backup offensive linemen. If something happens to Dare Rosenthal or Ed Ingram we could very easily see someone like Xavier Hill.

Xavier Hill is one of those players who, despite being a three-star recruit, had an extensive list of offers from powerhouse programs. In addition to LSU, schools like Alabama, Auburn, Florida, Texas A&M and Tennessee all offered Hill, who was ranked No. 483 in 247’s composite rankings.

Hill actually committed to Alabama the summer of 2019. He took his official visit to Tuscaloosa in June of 2019, and committed four days later. But offensive line coach James Cregg stayed on Hill, and Hill visited campus unofficially about a month after committing to Alabama.

Whatever Hill saw in Baton Rouge must have really resonated with him because he decommitted from Alabama in October and committed to LSU just ahead of the Texas A&M game. While LSU had Hill’s commitment, it was the Mississippi State Bulldogs who got the coveted last official visit and the Tigers had to hold their breath that Hill wouldn’t decommit from his second SEC school. But Hill elected to spurn the home state Bulldogs and stuck with his commitment to LSU, signed his letter of intent in December and enrolled in June.

Five-stars (98-110 rating): The top 32 players in the country to mirror the 32 first round picks in the NFL Draft. These are 32 players that we believe are the most likely to be drafted in the first round from each recruiting class. The full list of 32 with five-star ratings typically isn’t complete until the final ranking. Any player with a rating of more than 100 is considered a “franchise player” and one that does not come around in every recruiting class.

Four-stars (90-97 rating): These are players that we believe are the most likely to produce college careers that get them drafted. By National Signing Day, this number is typically in the range of 350 prospects, roughly the top 10 percent of prospects in a given class.

Three-stars (80-89 rating): This is where the bulk of college football prospects are found and it incorporates a large range of ability levels, all of whom we consider as possible NFL players long term.

Two-stars (70-79 rating): These are prospects that we consider to be FBS-level players with very limited NFL potential.

If there’s film out there I can’t find it so…that’s awkward.

Hill’s future is hard to predict. His 247 profile is sparse and like I said there’s a lack of film out there. What I know is this: Alabama not only wanted him, they had him in its 2020 recruiting class. That tells me Hill can play and we may see him in 2020 as a potential injury replacement.

High End: Sees meaningful snaps as a freshman, uses that early seasoning to springboard into a quality starter in 2021

Low End: Sticks in the two-deep but is only a depth guy.

Realistic: Maybe I’m overly optimistic, but something about Hill makes me think he could be the diamond in the rough for this year’s class. I keep going back to his list of schools he got offers from and it’s far more impressive than you’d expect a three-star player to get. I think Hill gets the first crack at replacing Ed Ingram at left guard whenever Ingram departs.