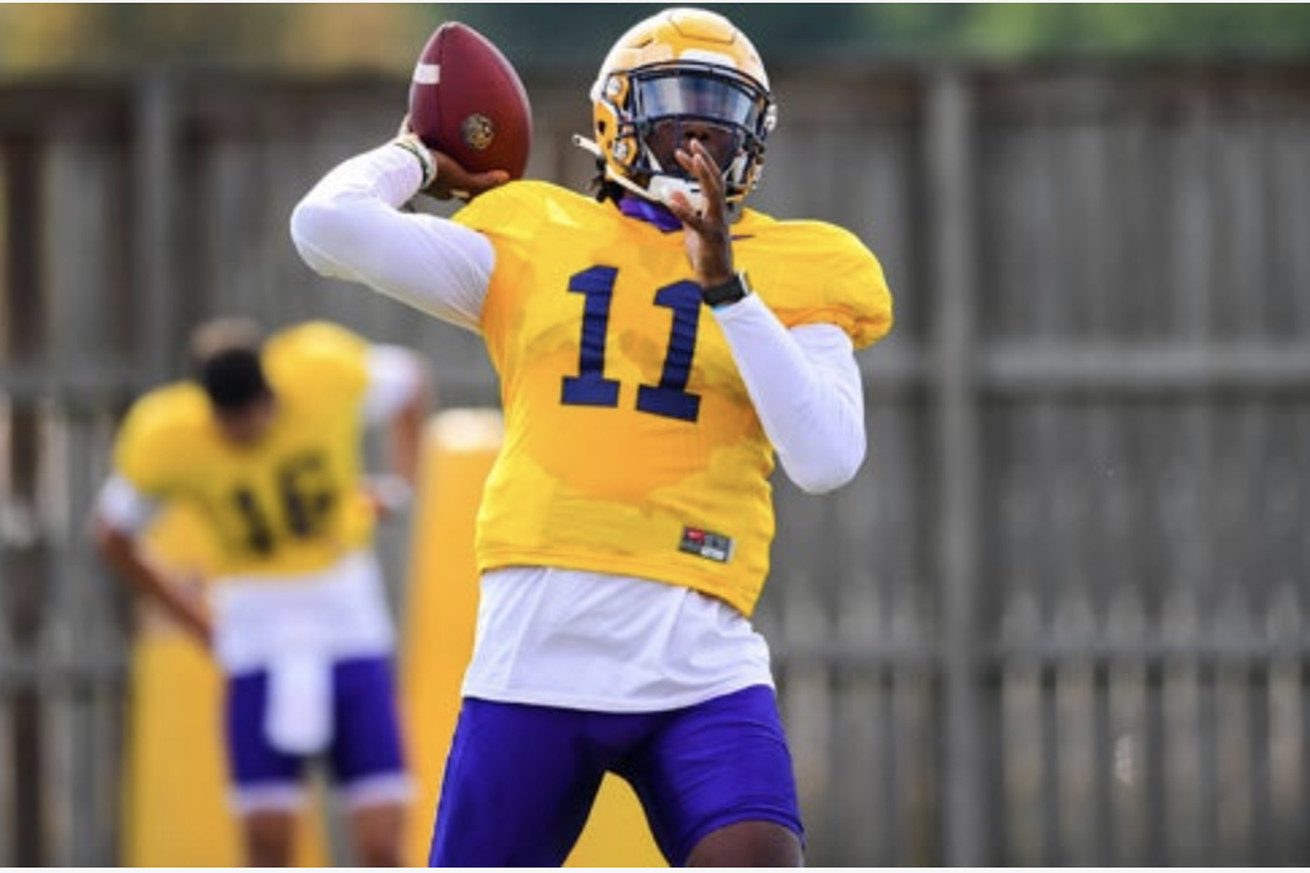 It’s always important to have QB depth, and to use your lower ranking offers on guys with serious physical abilities. Unfortunately with the QB position, physical gifts are ancillary criteria for QB success, and are more of a mere luxury than anything else. That said, TJ Finley is a physical freak, tall, athletic, bulky, and cannon armed. LSU’s QB room is going to get crowded over the next couple years, so I ultimately expect Finley to transfer or change positions, but right now he’s number 3 on the depth chart it seems.

There was never much of a doubt of where Finley would end up. This dude committed to LSU as a sophomore and never really looked back. He did field several other offers, but the Ponchatoula product never looked back, signing with LSU.

Five-stars (98-110 rating): The top 32 players in the country to mirror the 32 first round picks in the NFL Draft. These are 32 players that we believe are the most likely to be drafted in the first round from each recruiting class. The full list of 32 with five-star ratings typically isn’t complete until the final ranking. Any player with a rating of more than 100 is considered a “franchise player” and one that does not come around in every recruiting class.

Four-stars (90-97 rating): These are players that we believe are the most likely to produce college careers that get them drafted. By National Signing Day, this number is typically in the range of 350 prospects, roughly the top 10 percent of prospects in a given class.

Three-stars (80-89 rating): This is where the bulk of college football prospects are found and it incorporates a large range of ability levels, all of whom we consider as possible NFL players long term.

Two-stars (70-79 rating): These are prospects that we consider to be FBS-level players with very limited NFL potential.

TJ Finley’s high school statistics are definitely concerning, and it’s impossible to scout weaknesses by highlight tape. From what I have available, he has the ability to make some impressive plays on the high end, but his lackluster production (under 50% completion, which is exceedingly bad) suggests he has trouble on a down to down basis. The SEC is a completely different animal, and it’s hard to see him suddenly figuring it out against stiff competition in such a crowded QB room. That said, he really does have an impressive arm, and can really put some cool stuff on a highlight tape. With his physical makeup, he could be a candidate for a change to DE or tight end if he gets too buried at QB.

Probably a transfer, but I wouldn’t rule out a position change either. I think if he transfers to a lower level or even the FCS, he could potentially find some success. He may also stay and provide QB depth at a school he’s been set on for a long time.

High end: Provides depth at the QB position for LSU or changes positions.

Realistic: I think it depends on what he’s willing to do, if he is set on potentially starting at QB somewhere, I think a transfer to a lower level will happen.