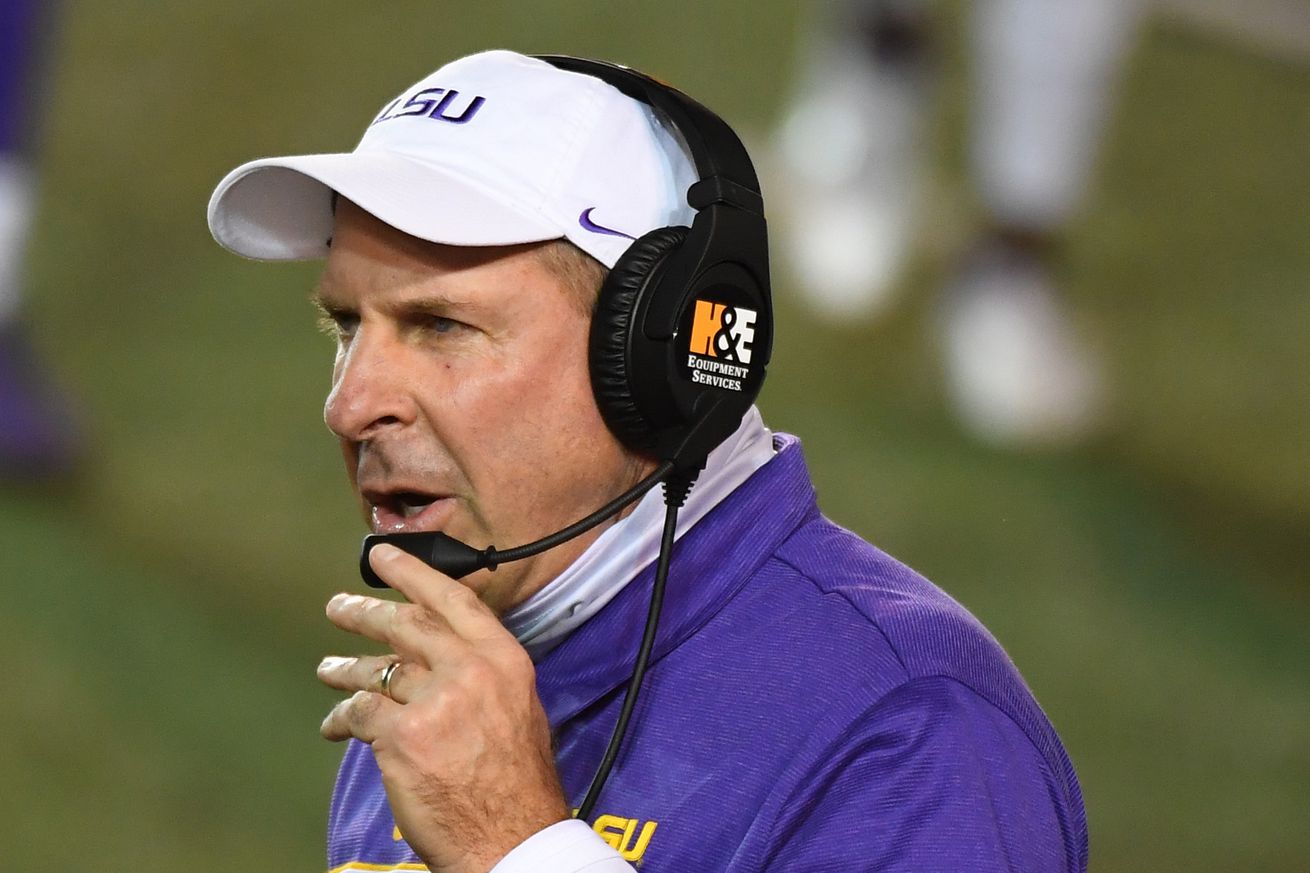 Right after the game there was some knee jerk reactions to fire Bo Pelini. Now that I’ve had time to sit down with the box score, the only thing that’s changed is that the reaction is no longer knee jerk.

This is a bad defense. I mean, really bad. And remember, this was against a Missouri team missing its top two wide receivers. It could have been even worse. Sleep tight.

8.6. Mizzou’s average yards/play. Mizzou averaged 5.5 yards per rush and 11.6 yards per pass attempt. Mizzou averaged 14.0 yards per completion. They gained 586 yards, scored 45 points, and generally treated the LSU defense as little more than a turnstile, albeit a turnstile that occasionally popped the ball loose.

5-3. Fumbles and fumbles lost by Mizzou. LSU was +3 on the turnover train, and it could have been even more. There were some sketchy calls on those recoveries not due to malfeasance, but general officiating incompetence. Five fumbles is an absurd total, and losing three of them should have doomed Mizzou. But it didn’t because… well, see the whole 586 yards thing.

11-235-3. Terrace Marshall’s receiving line. Not quite Josh Reed, but in the ballpark. Lost in the inept performance of the defense was that Terrace Marshall had a historically great day in the losing effort. His catch to get down to the one yard line was a game-saving play until it wasn’t. He was almost unstoppable, and he helped LSU gain 430 yards in the air, or more than Mizzou’s 406.

6. Mizzou incompletions. Connor Bazelak threw for 406 yards and 4 TD, but most remarkably, he threw just 6 incompletion on his 35 attempts. That’s an 82.9% completion rate which is… well, it’s not good. Guys should not complete more than 80% of their passes, particularly when they are throwing it downfield, not a bunch of short dump offs. To put this in perspective, Joe Burrow only cleared 80% twice last year, against Florida and Northwestern St. Though he knocked on the door a few more times. Bazelak was basically the reincarnation of Burrow against Texas (31/39 for 471 yards and 4 TD… but Burrow threw a pick).

55. Rushing yards from LSU running backs. On 16 carries. Throwing out Tyrion Davis-Price’s 24 yard scamper, they rushed for 31 yards on the other 15 carries, just barely over 2 yards per carry. Yeah, they weren’t running the ball much, not even calling a run play in the first quarter, but when LSU did run the ball? Woof. Good things didn’t exactly happen.

8. LSU TFL’s. Think about this one for a second. Mizzou ran 68 plays for 586 yards and on EIGHT plays, they lost yardage. On over ten percent of plays, Mizzou’s offense went backwards (to the tune of -25 yards). Which makes their total offense and average yard per play more horrifying. On plays they went forward, Mizzou gained 611 yards at an average of 10.2 yards per play. My God, it burns.

21-108. LSU Plays-Yards in the fourth quarter. Give the coaching staff credit. They recognized the defense couldn’t stop anyone, so they slowed the train down and turned the fourth quarter into one marked by ball control and possession. LSU had just two drives, one for 8 plays and the other for 13. The offense burned 9:05 of clock, 5:02 of it on the final drive. It was a terrific tactical decision which was designed to protect LSU from exposing its gaping weakness on one side of the ball. Unfortunately, it resulted in zero points thanks to a blocked field goal and a failed goal line possession.

0-10. LSU third down conversions. Yeah, that’s not good. In the wake of the loss, that’s a stat that’s gotten a lot of attention, but… LSU scored 41 points for godsakes. LSU punted the ball five times, twice near midfield. Both of those were in the third quarter, and they were on 3rd and 4 and 3rd and 5. You do have to get at least one of those, but… that’s not what cost LSU the game. It’s a bad stat, but in game in which LSU averaged just over 3 points per possession… it seems the fact that this wasn’t enough is the bigger issue. But it does point to a lack of clutch plays, which reared its head on the final four plays of the game.