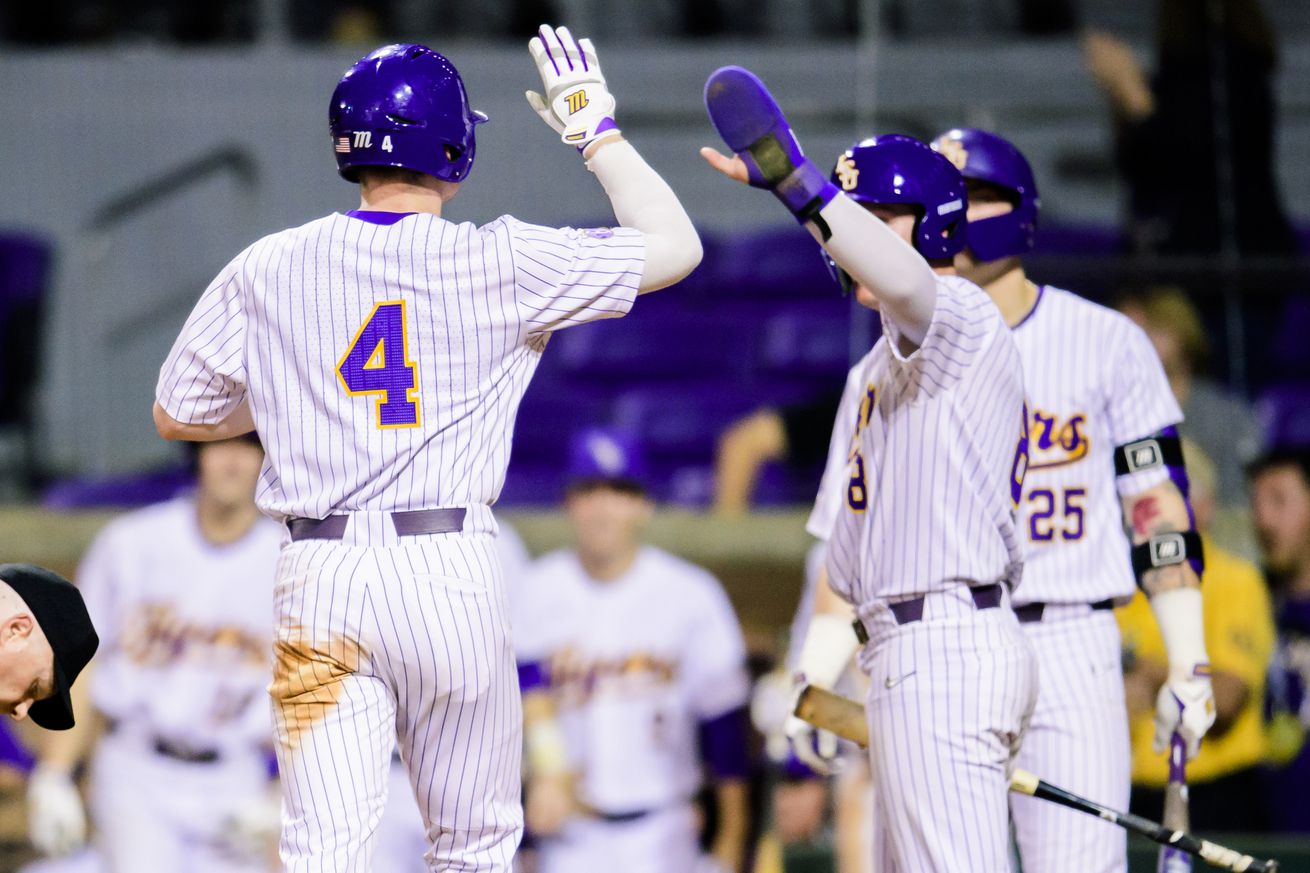 Let’s not kid ourselves: LSU needs a big weekend. I don’t want to go as far and say everything has gone wrong this season, but things also haven’t exactly gone right. There’s a good team underneath all of this, but you can’t limp out to a 7-5 start and convince anyone of that.

Winning a midweek game gets the record up to 8-5, and the pollsters still believe in LSU, keeping the Tigers at #20 despite the rough start. The question for the team is whether this is just a young team figuring out where all the parts fit or is this the canary in the coalmine for a rough season? I’m still in the first camp, but I’d be lying if I said I wasn’t worried.

Now is a good time to right the ship.

Look, they got swept by Elon. This isn’t a very good team. We have computer rankings for the first time this season and… yeah, they aren’t good. Despite the rough record, LSU is 17th in the RPI and 26th in the ISR due to its tough schedule, so that’s something. But this is clearly the weakest team LSU has played all year, and the Tiger desperately need to take advantage.

The Week That Was

LSU played in the Shriner’s Classic last weekend, and won the first game, a gutty win against Texas they then took a 4-0 lead against Baylor and appeared to be in cruise control and then… nothing happened for the rest of the weekend. Right?

LSU certainly didn’t blow a 4-0 lead to Baylor and then get no hit for the first time in school history by Oklahoma. Because let me tell you, that would have sucked. Thank God that didn’t happen.

UMass Lowell, as a team, hits for an OPS of 756. Vinnie Martin has an OPS of 1.324. I’m not entirely sure why anyone pitches to him. Now, there is an argument that his numbers are a bit misleading due to quality of competition, but what is clear is that he is on a totally different level than the rest of his teammates. He is killing the ball.

After Siracusa, there’s a pretty big drop off. The next best OPS for a starter is 712, though Ryan Proto and Cam Climo are putting up big numbers in spot duty and might be forcing their way into the lineup. I don’t want to reduce this to a one man show, because there is some balance to the lineup even if Martin is on a different planet right now, but the back end of the order is pretty weak. Still, this is a team scoring almost 6 runs a game.

Comic Book to Read Instead

Well, let’s go with one of my favorite superhero comics of the past decade:

The Silver Surfer (by Dan Slott and Michael Allred)

There’s a tie in, I swear! The Silver Surfer, through what seems like a cosmic mistake, becomes bound to an Earth woman, Dawn Greenwood. I’m a big fan of the Surfer, as he’s a gateway character into the truly bizarre intergalactic settings that Marvel indulges in, and they don’t really have to worry much about continuity or the rest of the character universe. The problem is, he’s a bit of a blank slate, and while the Surfer is a cool entry point into just how weird the universe can be, he’s a hard character to make interesting himself.

Enter Dawn Greenwood. She’s just an ordinary girl from Anchor Bay, Massachusetts, but she dreams of searching the edges of the galaxy and hitches a ride with the Surfer. And she gives the book its voice and its life. Playing off his catchphrase, “To me, my board!” she names his board Toomie, and the inanimate object develops its own personality as a reflection of her. She’s a character of boundless enthusiasm and empathy, and gives the book its heart.

It’s all bursting with ideas and engaging plotting. They visit Newhaven, a planet inhabited by the last survivors of the planets Galactus has destroyed, forcing Surfer to face his own guilt and culpability. And of course Galactus shows up again. The comic also has a famous mobius strip issue which is all sorts of mind-bending.

This is the best of what the medium can be: it’s accessible to everyone, creative, beautifully drawn, terrific action, and has characters you actually care about. But it all starts with a girl from Massachusetts.

The River Hawks might have some surprisingly good hitters in the lineup, but that rotation looks pretty ugly. They’ve given up 76 runs in 10 games, so this could be just what the doctor ordered for LSU’s slumping bats. This won’t be like the trio of aces LSU saw last weekend.

LSU has three starters with an ERA below three right now. I maintain that Jaden Hill is going to muscle his way into that rotation, but the question is, who can he take a job from? All of these guys are pitching great right now. You’d think a team with pitching this great would be a bit harder to beat in close games.

We’re back on SECN+! Get the ESPN app and a cable/satelite/streaming provider and you can watch the games for the rest of the year. It’s worth it! Or you can always kick it old school and listen to the games on 98.1 FM on Friday and Sunday, 100.7 FM on Saturday. If you’re not local, listen online at www.LSUsports.net/live. Or you can follow along the play-by-play on PodKatt’s twitter feed at @valleyshook.

There are tons of options on how to enjoy the game! Let’s get a sweep and get this thing back on track!