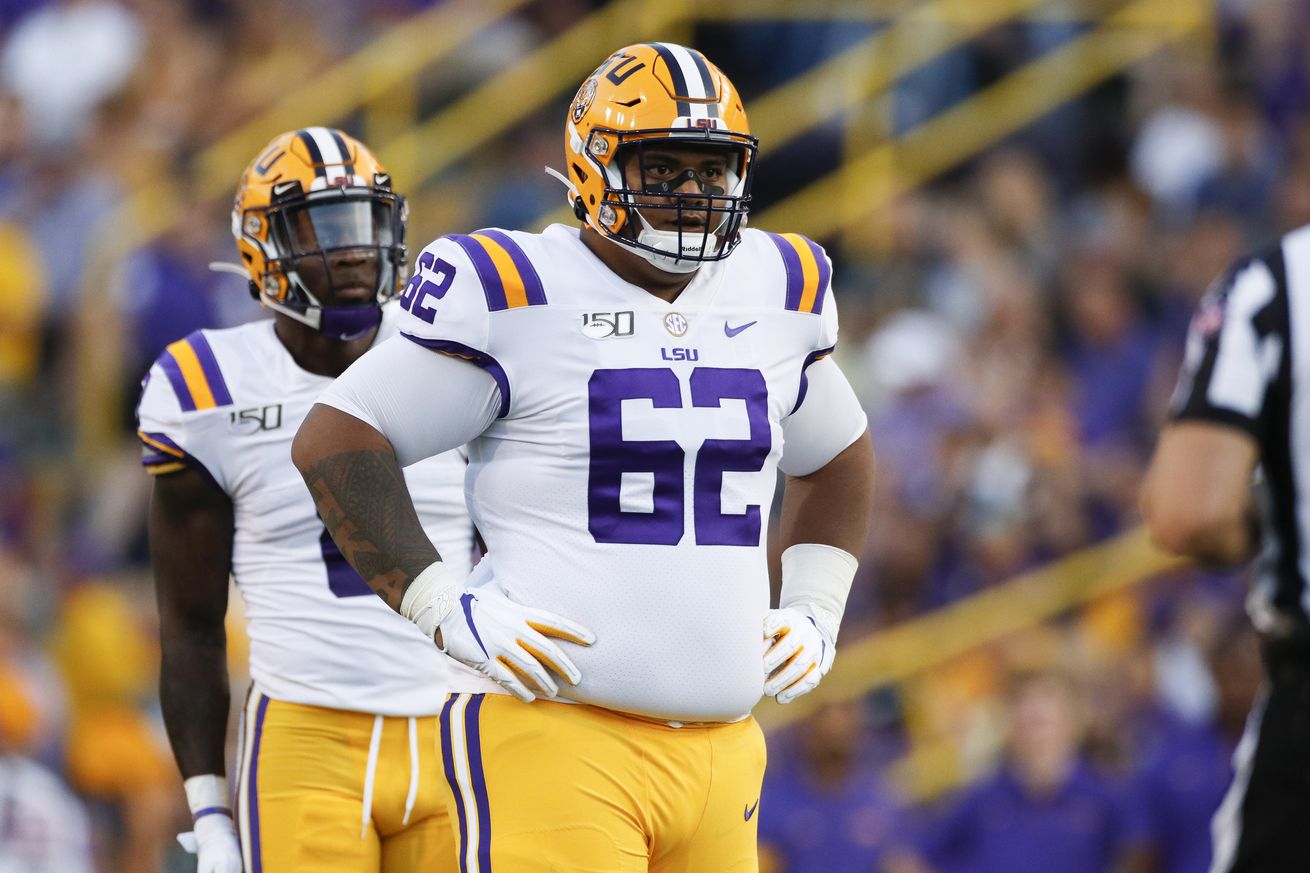 The hits keep coming for the LSU defense.

As a true freshman, Ika played in 13 games last year as the second-string nose tackle behind Tyler Shelvin. After Shelvin opted out of playing this season, the expectation was Ika’s role would only increase.

But that hasn’t happened for a variety of reasons. With LSU now playing a 4-3, Ika, more of a traditional nose takle, has seen his time at defensive tackle dwindle. After getting the start against Vanderbilt, Ika has been seeing the field less frequently. Ika had a small role against Missouri, which Ed Orgeron owed to Ika’s struggles playing against zone blocking teams. Orgeron said Ika would have saw the field more against the Florida Gators, before that game was ultimately postponed to December 12.

Neil Farrell and Joseph Evans got the start this past Saturday against South Carolina, and Ika came off the bench, recording two tackles.

It’s important to remember that just because a player has entered the transfer portal doesn’t mean they can’t change their mind. Ika is free to withdraw his name if he so chooses. However schools are now free to contact Ika and, while Ika hasn’t officially left the program, Neil Farrell took to Twitter to wish Ika the best.

Much love you to my brother , a great young man as well a great football player. Can’t wait to see what your future holds li bro , God has a plan for you and I’m glad I got to build a brotherhood relationship with you that we will have for the rest of our lives . https://t.co/Go9Kn49pKQ

A native of Salt Lake City, Utah, Ika was a top-150 player in the 2019 recruiting class and No. 11 defensive tackle. Ika initially committed to BYU as a junior before ultimately signing with LSU. The speculation is that Ika will transfer to a school closer to home, perhaps Utah or Oregon where he took official visits while in high school.

If Ika does indeed leave LSU it will be the fifth defensive linemen LSU will have lost, and the third to transfer. Shelvin opted of playing this year, Ray Parker was suspended by the team and isn’t listed on the roster anymore, and T.K. McClendon and Justin Thomas both transferred prior to the season starting.

Ika would also be the seventh member of LSU’s 2019 top-five recruiting class to leave the program. In addition to McClendon and Parker, LSU has lost Marcel Brooks (transferred in June), Donte Starks (dismissed in May), Kendall McCallum (transferred last season) and Peter Parrish (transferred after being suspended).